Debbye Turner, who grew up in Jonesboro, Arkansas, was crowned Miss America 1990. After her reign as Miss America, she became a veterinarian. She has appeared on national television and is a motivational speaker on youth-related and Christian topics.
Debrah Lynn “Debbye” Turner was born on September 19, 1965, in Honolulu, Hawaii, to Gussie Turner and Frederick Turner, Jr., who was stationed there in the military. As a child, she set her goal to become a veterinarian but recognized the financial challenges ahead, especially after her parents’ divorce. Living in Jonesboro with her sister, Suzette, and her mother, who became an academic counselor at Arkansas State University (ASU), Turner took a fast-food job at age sixteen and later became a department store clerk and grocery store cashier. She graduated from Jonesboro High School in 1983. In 1986, she graduated cum laude from ASU with a Bachelor of Science degree in agriculture. Still intent on becoming a veterinarian, she followed a path toward a scholarship which had begun several years earlier: beauty pageants.
Her first pageant had been Miss Black Teenage World in 1981, and she was first runner-up. She won the title of Northeast Arkansas Junior Miss that same year and was a semi-finalist in the 1982 Arkansas Junior Miss pageant. In 1983, she won the Jonesboro High School Valentines Sweetheart pageant, after which she was approached by the director of the Miss Jonesboro pageant, who encouraged her to enter that competition as her first pageant in the Miss America system. Turner was interested because the Miss America scholarship program was the largest source of scholarships in the world for young women. She placed as second- and first runner-up, respectively, in the Miss Jonesboro pageants of 1983 and 1984.
Turner then won three local pageants—Miss Arkansas State University (1985), Miss White River (1986), and Miss Northeast Arkansas (1987)—through which she went to the Miss Arkansas pageant three times and finished twice as first runner-up.
She entered graduate school in 1988 as a veterinary student at the University of Missouri at Columbia, thus becoming eligible for the Miss Missouri system. Turner won the Miss Columbia pageant in February 1989; won the Miss Missouri pageant that summer; and went in September to Atlantic City, New Jersey, where she was crowned Miss America 1990 and became the first delegate from Missouri to win the title.
After her reign as Miss America, she achieved her goal of becoming a veterinarian when she graduated from the University of Missouri in 1991 with a Doctorate of Veterinary Medicine. Since then, she has added other roles, including television host on the PBS series The Gentle Doctor (1995–98) and as a regular guest discussing animal issues on CBS’s The Early Show. She received an Emmy nomination for her own regional program, Show Me St. Louis (1995–2001). She does not currently practice veterinary medicine; but as a motivational speaker, she continues to carry her message about responsible pet ownership, education, and personal achievement around the world.
In 1998, she was named a Distinguished Alumna of ASU, where she established the Debbye Turner Scholarship and the Gussie Turner Memorial Scholarship in memory of her mother. She has spoken to hundreds of thousands of people at hundreds of schools, youth organizations, and college commencement ceremonies, including Auburn, Cornell, and Notre Dame. She has hosted the Miss Missouri, Miss Florida, and Miss Georgia pageants and appeared as a guest on such television programs as The Late Show with David Letterman, Oprah, and the Today show.
She has served on local, state, and national boards, including the Children’s Miracle Network, the National Council on Youth Leadership, and the National Advisory Child Health and Human Development Council (part of the National Institutes of Health). She resides in New York City and has completed both the New York Marathon and the Los Angeles Marathon. She married Gerald Bell in 2008; the couple has a daughter. 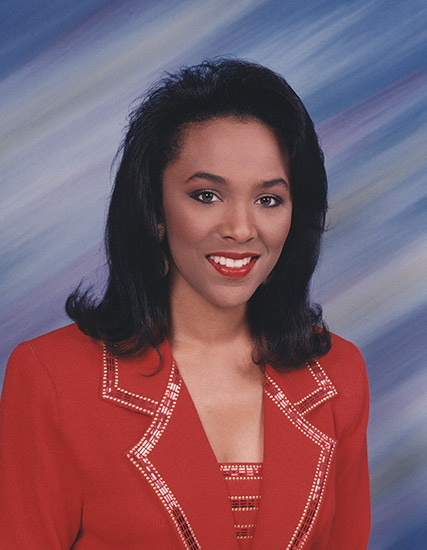