William Grant Still grew up in Little Rock, Arkansas, and achieved national and international acclaim as a composer of symphonic and popular music. As an African American, he broke race barriers and opened opportunities for other minorities. He was a strong advocate for the performance of works by American composers.
William Grant Still was born on May 11, 1895, in Woodville, Mississippi, the only son of William Grant Still, Sr., and Carrie Lena Fambro Still. Still’s mother moved to Little Rock with her infant son shortly after the death of her husband in 1895. Still and his mother lived with his grandmother, and his mother was a teacher. In 1904, his mother married a railway postal clerk, Charles Benjamin Shepperson, whose own interest in music influenced the young Still. With Shepperson’s support, he studied violin in 1908 with American violinist William Price, who lived for a short time in Little Rock.
Still attended M. W. Gibbs High School in Little Rock and graduated in 1911 as class valedictorian. That fall, he enrolled at Wilberforce University in Ohio (which was supported by the African Methodist Episcopal Church), where his mother hoped he would pursue studies in medicine. His preference to pursue a career in music caused him to leave Wilberforce in 1915 to play in bands and orchestras in Ohio; he did not graduate.
On October 4, 1915, he married Grace Bundy. The couple had four children, but the marriage ended in divorce in 1939.
In 1916, Still was in Memphis, Tennessee, where he met blues musician W. C. Handy, who provided him with the opportunity to arrange and perform with his band. The next year, he entered the Oberlin Conservatory of Music in Ohio to pursue a formal education in music. Still’s education was interrupted by World War I, when he served in the U.S. Navy. He served as a mess hall attendant and violinist for officers’ meals. He returned to Oberlin after his discharge but did not receive a degree. Instead, in 1919, he moved to Harlem in New York City, where he worked for the Pace and Handy Music Publishing Company and performed with bands and orchestras. He also studied music with George Whitefield Chadwick, director of the New England Conservatory of Music, and Edgard Varese, the French modernist. These diverse experiences provided Still with professional contacts and valuable insight to performing, arranging, orchestrating, and composing popular and symphonic music.
From the Black Belt (1926), From the Land of Dreams (1924), Darker America (1924–1925), From the Journal of a Wanderer (1924), La Guiablesse (1926–1927), and Levee Land (1925) are among the noteworthy works Still composed during his developmental period. The Afro-American Symphony, completed in 1930 and first performed in 1931 by the Rochester Philharmonic Orchestra under conductor Howard Hanson, is Still’s most well-known composition. It was the first symphony composed by an African American that was performed by a major orchestra, and it is still performed today. Hanson later conducted many of Still’s compositions as part of Hanson’s American Composers’ Concerts in Rochester and also in Europe, where he conducted programs of American music.
While living in New York, Still met Paul Whiteman, who hired him to arrange music. When Whiteman took his orchestra to Hollywood, California, in May 1929, Still went, too. During the course of a year, he completed more than 100 arrangements for Whiteman. Whiteman later commissioned Still to create original compositions, including A Deserted Plantation (1933), Beyond Tomorrow (1936), Land of Superstition (1933), Ebon Chronicle (1934), Down Yonder (circa 1935), and Blues from Lennox Avenue (circa 1937). Still moved permanently to Los Angeles, California, in 1934.
The 1930s and 1940s proved to be quite successful for Still, as major orchestras increasingly performed his compositions. The Chicago Symphony Orchestra performed La Guiablesse, written for the ballet, on June 16, 1933. On November 20, 1935, the New York Philharmonic performed Still’s Afro-American Symphony at Carnegie Hall. Leopold Stokowski and the Philadelphia Symphony premiered his Symphony in G Minor on December 10, 1937. Still wrote the theme music for the 1939–1940 New York World’s Fair. Song of a City, once recorded, was played 31,857 times at the fair, according to New Yorker magazine. The New York Philharmonic first performed And They Lynched Him on a Tree on June 24, 1940, at Lewisohn Stadium. The New York Philharmonic also premiered Plain-Chant for America on October 23, 1941, and The Colored Soldiers Who Died for Democracy on January 5, 1944, both at Carnegie Hall. The Cleveland Orchestra premiered Poem for Orchestra on December 7, 1944, and the Cincinnati Symphony Orchestra premiered Festive Overture on January 19, 1945. The opera Troubled Island, with a libretto by poet Langston Hughes, was premiered by the New York City Opera Company on March 31, 1949.
Two days after his divorce from Grace Bundy on February 6, 1939, he married Verna Arvey in Mexico where interracial marriages were legal. Arvey was an accomplished pianist and excellent writer, talents that served her husband well for over forty years. They had two children.
Still’s compositions include symphonies, ballets, operas, chamber music, and works for solo instruments. Together, they number almost 200 pieces. His lengthy list of honors and awards includes the William E. Harmon Award for Distinguished Achievement among Negroes in Music in 1928; the Guggenheim Fellowship in 1934, 1935, and 1938; the Julius Rosenwald Foundation Fellowship in 1939 and 1940; and a Freedoms Foundation Award in 1953. He received honorary degrees from the following institutions: Wilberforce University in 1936; Howard University in 1941; Oberlin College in 1947; Bates College in 1954; University of Arkansas in 1971; Pepperdine University in 1973; Peabody Conservatory of Music in 1974; and the University of Southern California in 1975.
Still’s health began to decline in 1970. He spent his last years in a convalescent home and died in Los Angeles on December 3, 1978. His ashes were scattered over the Pacific Ocean. 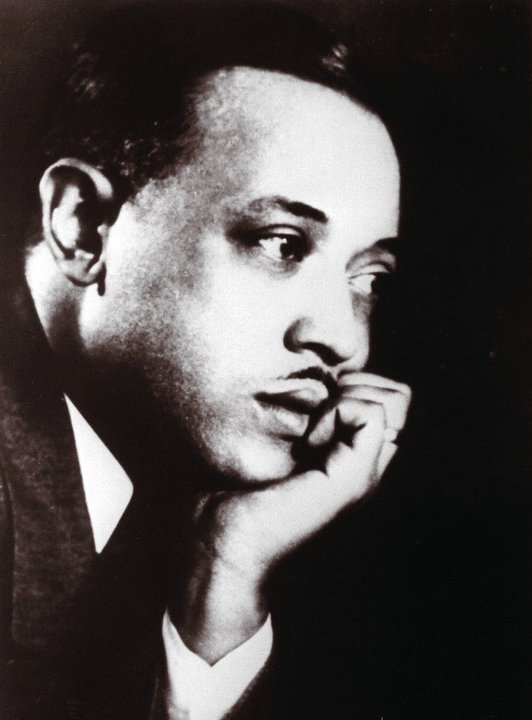