Lawrence A. Davis, Sr., served as president of Arkansas Agricultural, Mechanical, and Normal College (AM&N) in Pine Bluff, Arkansas, from 1943 until his resignation in 1973. During his tenure, he oversaw the school’s 1972 transition from college to university status as part of the University of Arkansas System. The merger entailed a name change to the University of Arkansas at Pine Bluff (UAPB). During his tenure, Davis, whom Pine Bluff residents and students at AM&N affectionately called “Prexy,” was among the most prominent heads of a historically black college (HBC) in the country.
Lawrence Arnette Davis, an only child, was born on July 4, 1914, in McCrory, Arkansas, to Virgil Davis and Prawnee Davis. For most of his childhood, he lived with his maternal grandmother, Emma Janie Brown. He attended public schools in McCrory until eighth grade, when he went to Pine Bluff to attend Merrill High School. He graduated as valedictorian in 1933.
Davis attended AM&N and graduated magna cum laude in 1937 with a bachelor’s degree in English. After his graduation, the college employed him as a teacher, registrar, and cashier until he left in 1939 to pursue graduate studies at the University of Kansas in Lawrence. After completing a Master of Arts in English, he returned to Pine Bluff and resumed his employment as registrar at AM&N. He advanced rapidly to become assistant to college president John Brown Watson and then to become dean of administration.
After Watson’s death, Davis was a member of a three-person committee that headed the college until Davis was chosen as president in 1943. At only twenty-nine years of age, he became the youngest college president in the country. The U.S. was engaged in World War II at the time, and consequently student enrollment was low. After the war, Davis oversaw record growth; enrollment reached 2,200 by the 1948–49 term.
Davis married Rachel L. Johnson of Prescott, Arkansas; they had four children, including Lawrence A. Davis, Jr., who served as chancellor of UAPB from 1991 to 2012.
The national African-American press took notice of the elder Davis’s rapid rise to the presidency at AM&N and of the school’s achievements during his administration, including gaining accreditation from the North Central Association of Colleges and Secondary Schools as a four-year college in 1950 and a $1.5 million building program that expanded the campus’s physical plant. Davis completed a doctorate in educational administration at the University of Arkansas (U of A) at Fayetteville in 1960.
The 1960s marked a difficult time for the heads of HBCs, who had to strategically navigate the civil rights movement and student activism without angering political leaders who ultimately set funding for their colleges. Davis’s selection of Dr. Martin Luther King, Jr., as commencement speaker in 1958 upset a number of Arkansas legislators. The following year, legislators gave Davis a chilly reception when he lobbied for AM&N’s funding, and they cut the college’s appropriation. Perhaps because of that experience, when some students joined the Student Nonviolent Coordinating Committee (SNCC) in 1963 and participated in demonstrations, Davis expelled several of them.
Davis was chancellor when a merger was proposed for AM&N to join the University of Arkansas System. This period was a major ordeal, in that students, alumni, and African Americans statewide opposed the merger because they feared the merger meant the institution would lose its unique identity. Despite the fact that Davis was widely criticized by supporters and opponents of the action, the merger went forward and he remained as the first chancellor of UAPB.
After a year as chancellor, Davis resigned and took a position at the R. R. Moton Foundation in New York City for one year. He then returned to higher education as president of Laney College, a two-year institution in Oakland, California, from 1974 to 1982. He spent his retirement years in California.
Davis died on June 5, 2004, and is buried in Pine Bluff. His many awards and accolades included honorary doctorates from two HBCs: Lane College in 1948 and Morehouse College in 1950. 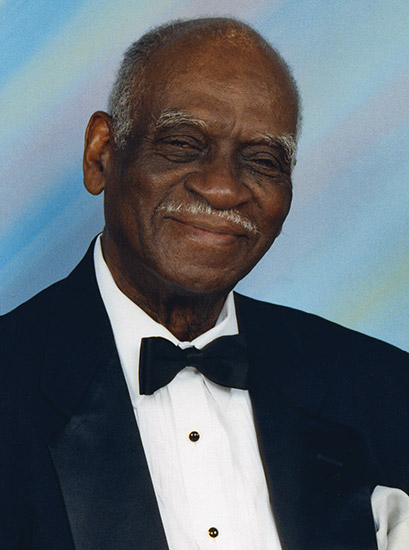