Herwald “Hal” Morton was a member of the United States Foreign Service and spent most of his career working in the U.S. Information Agency (USIA). In a military career that spanned more than thirty years—and which culminated in his earning the rank of Career Minister— he lived in five different countries and visited more than 100 as a representative of the United States.
Herwald Morton was born on July 19, 1931, in Little Rock, Arkansas, the youngest of Rachel and James Morton’s five children. He recalled the childhood memory of getting his first job as a ten-year-old, having lied about his age in order to be hired as a popcorn vendor in one of the city’s African-American movie theaters. He grew up in Little Rock and was the valedictorian in the Class of 1948 at Dunbar High School. Following graduation and having earned a scholarship from the Pepsi-Cola Company, he spent a year and a half at New York University before he entered the U.S. Air Force. He served in Alaska, Germany, and France from 1949 to 1954. By the time he was discharged and returned to civilian life, he had risen to the rank of first lieutenant.
After his stint in the military, he settled in Chicago, Illinois, and registered at Northwestern University, but he was put off by their racial quota. He switched to Roosevelt University, where he earned a Bachelor of Arts degree in political science in 1960.
He married Christine Hicks in Chicago on May 19, 1958. The couple had two sons.
After he graduated from Roosevelt, Morton continued his education, and earned a master’s degree in international law and diplomacy from the University of Chicago in 1961. After considering positions with both the Defense and Commerce Departments, Morton ultimately accepted a job with the U.S. Information Agency, where he began as a management trainee in 1961.
Over the course of his expansive career, he served as a personnel officer, a management and budget officer, and an executive officer in multiple countries. He also served as the director of USIA programs in Kingston, Jamaica, and La Paz, Bolivia. As his career advanced, he assumed ever greater administrative responsibilities, and he was named Deputy Director of the Office of Personnel and Training in 1977. In that capacity, he oversaw a world-wide personnel and training system—one that served thousands of foreign national employees and foreign service officers in over 100 countries, as well as 3,000 civil servants in the United States. In 1980, he returned overseas and became Counselor of Public Affairs and Director of the United States Information Service, serving in Bangkok, Thailand, and Manila, Philippines. In that post, he was an advisor to the ambassador and other U.S. government agencies on public diplomacy activities, while he was also responsible for all public affairs activities for the embassy. From there, he became director of the Office of East Asia and Pacific Affairs in 1986. In that position, he supervised a number of offices and served as a senior management advisor to the director of the USIA. By the time he retired from the USIA in October 1993, he had earned the rank of Career Minister, one of the highest ranks of the Foreign Service.
Morton was also an active contributor to numerous organizations, including the American Foreign Service Association, the Asia Society, the World Affairs Council, and the National Association for the Advancement of Colored People (NAACP). In recognition of his distinguished efforts, Morton was the recipient of numerous honors and awards. He was awarded the Diplomatic and Consular Officers Presidential Awards for Outstanding Service, and he was recognized with the Superior Honor awards in 1986 and 1988. Upon his retirement in 1993, he was recognized with the Distinguished Honor Award. In 1989, he was inducted into the Dunbar Alumni Hall of Fame.
Living in Silver Spring, Maryland, Morton has served as the president of the USIA Alumni Association, has taken classes at the local community college, and has traveled extensively throughout United States and abroad with his wife. Active in his church, he performs considerable volunteer work under its auspices. 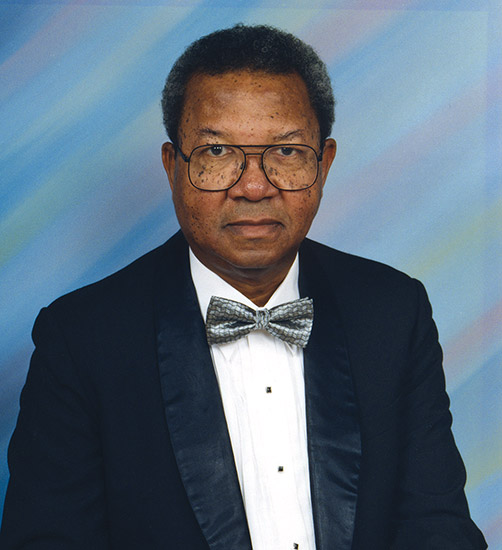