Ocie Lee “O. C.” Smith, Jr., started out singing jazz before moving into the genres of country and rhythm & blues/soul. After replacing legendary jazz singer Joe Williams, he began touring with the Count Basie Orchestra in the early 1960s. He later became a solo artist. In the 1980s, he put aside his career as a recording artist to become a minister.
O. C. Smith was born in Mansfield, Louisiana, on June 21, 1936 (although some sources say 1932). His parents, Ocie Lee Smith, Sr., and Ruth Edwards Shorter Smith, who were both teachers, moved to Little Rock, Arkansas, when Smith was ten years old. Three years after the family had moved to Little Rock, Smith moved to Los Angeles, California, with his by-then-divorced mother.
Attending Jefferson High School, Smith learned music from the legendary teacher Samuel Brown. Smith said his early influences were bebop jazz greats Dizzy Gillespie and Charlie Parker.
Smith attended East Los Angeles Junior College and then Southern University in Baton Rouge, Louisiana, majoring in psychology. After college, Smith joined the U.S. Air Force and toured the world with a special services band. He spent the next several years in New York, singing in small clubs in the winter months and in the Catskills in the summer. Next came his stint with the Count Basie Orchestra. Leaving the orchestra after a few years, Smith eventually settled in Los Angeles and was soon signed with Columbia Records. Singing country music for a time and having a hit with Dallas Frazier’s story-song “Son of Hickory Holler’s Tramp,” Smith later became a soul singer.
Among his many recordings, Smith’s biggest hit was composer Bobby Russell’s “Little Green Apples,” which reached the number-two slot on both the pop and R&B charts in 1968. The hit song also won its composer Grammy awards for Song of the Year and Best Country Song that year. Smith’s other big R&B single, “Daddy’s Little Man,” reached the number-nine spot on the charts in 1969. He remained with Columbia Records until 1974.
Smith married Robbie Gholson on February 14, 1976; they had two daughters and five sons.
In 1980, some friends invited him to attend a service for the religious movement Science of the Mind at the Wilshire Ebel Theater. Smith began studying for the ministry and became a reverend 1985. That same year, he and his wife founded the City of Angels Church of Religious Science.
Smith died suddenly of an apparent heart attack at his Ladera Heights, California, home on November 23, 2001. He had officiated at a Thanksgiving service at his church the day before his death. His book, co-written with James Shaw, titled Little Green Apples: God Really Did Make Them! was published posthumously in 2003. 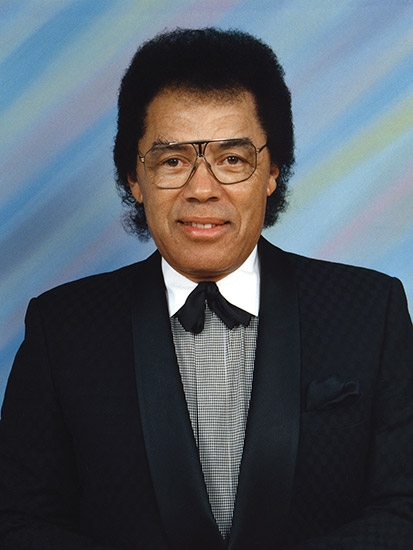