Michael A. Conley is a former basketball player and track and field athlete for the University of Arkansas (U of A) at Fayetteville. One of the most successful combination long and triple jumpers in history, he achieved career long jump bests of 8.46 meters outdoors (1996) and 8.31 meters indoors (1986), and triple jump bests of 17.87 meters outdoors (1987) and 17.76 meters indoors (1987). The latter stood as the world record until 1994. Ranked among the world’s top ten triple jumpers from 1983 to 1996, Conley claimed number one in 1984, 1986, 1989, 1992, 1993, and 1994. He ranked second in the world in the long jump in 1985. In all, Conley won thirty-three national and international horizontal jump titles, most notably the 1989 World Indoor triple jump, the 1992 Olympic triple jump, and the 1993 World Outdoor triple jump.
Born in Chicago, Illinois, on October 5, 1962, Michael Alex Conley is the second of three children of Alex and Ora Conley. At Luther South High School, he played basketball and competed in track and field. Conley led the basketball team to the Illinois Class A State Championship in his junior year and was runner-up in his senior year. In track and field, he won state titles in the triple jump from 1979 to 1981, the long jump in 1980 and 1981, and the 100 and 200 meters in 1981. Also in 1981, he won the triple jump and placed second in the long jump at The Athletics Congress (TAC) Junior National Track and Field Championships.
After he graduated from high school in 1981, Conley earned an athletic scholarship to the U of A, where he could participate in both basketball and track and field. After his freshman year, basketball coach Eddie Sutton encouraged him to concentrate on track and field, where he recognized Conley’s greatest potential. However, he maintained his basketball skills also and later won the Foot Locker Celebrity Slam Dunk contests in 1988, 1989, and 1992.
He won sixteen National Collegiate Athletic Association (NCAA) titles, including the indoor long jump in 1984 and 1985, the indoor triple jump from 1983 to 1985, the outdoor long jump in 1984 and 1985, and the outdoor triple jump in 1984 and 1985. As a Razorback, he also won four TAC national titles, including the outdoor triple jump in 1984, indoor long and triple jumps in 1985, and outdoor long jump in 1985. Conley’s other notable performances include second in the triple jump at the 1982 World University Games, third in the long jump and fourth in the triple jump at the 1983 World Outdoor Championships, second in the triple jump at the 1984 Olympic Games (behind Arkansas State University’s Al Joyner), and first in the long jump at the 1985 World Cup.
After completing his eligibility at the U of A, Conley continued to compete in the long and triple jumps. He captured thirteen TAC (USA Track & Field after 1992) national titles, including the long jump in 1986 and the triple jump indoors in 1986, 1987, and 1992 and the triple jump outdoors from 1987 to 1989 and 1993 to 1995. Internationally, Conley won the triple jump at the 1987 Pan-American Games, 1987 and 1989 World Indoor Championships, 1989 World Cup, 1992 Olympic Games, and 1993 World Outdoor Championships. His other significant triple jump performances include second in the 1987 World Championships, third in the 1991 World Championships, and fourth in the 1996 Olympic Games. Upon retirement in 1996, Conley ranked as the second-best triple jumper with the second-best performance of all time indoors, and as the ninth-best performer with the twelfth-best performance outdoors.
Conley is married and has four children. After retiring from competition, he served as the executive director of the Elite Athletes Division of USA Track and Field, where he established the Professional Athletics Association to protect the rights of professional track and field athletes. He earned a Bachelor of Science in business administration from Indiana Wesleyan University in 2004. Also in 2004, Conley was inducted into the USA Track and Field Hall of Fame. Later, as the executive director of the World Sports Chicago, he worked in an unsuccessful attempt to bring the 2016 Olympic Games to Chicago. He also served as the president/ CEO of MMG Sports Management of Indianapolis, Indiana, facilitating college athletes making the transition to professional sports. He represented his son, Mike Jr., and his son’s Ohio State teammate, Greg Oden, in contract negotiations with the National Basketball Association. 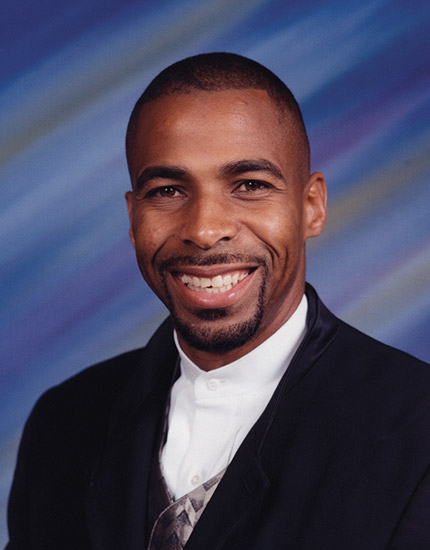