Ernest James Harris is an accomplished entomologist known for his work on breeding Biosteres arisanus, a species of wasp that parasitizes fruit fly eggs. Thanks to the work done by Harris, B. arisanus has been bred on a large scale for the purposes of pest eradication. More than twenty nations have adopted use of the “Harris strain” of the wasp for fruit fly eradication.
Ernest J. Harris was born on May 24, 1928. His parents had a farm in North Little Rock where Harris’s interest in insects first developed. After high school graduation, he attended Arkansas Agricultural, Mechanical, and Normal (AM&N) College (now the University of Arkansas at Pine Bluff— UAPB). There, he majored in chemistry with a minor in zoology, and graduated magna cum laude in 1951. However, despite his education, he could only find janitorial work. After a cross-country motorcycle ride, he eventually found employment in a Milwaukee, Wisconsin, laboratory. While in Wisconsin, he met a woman named Bettye Jo, and the couple married. Harris later moved to Minnesota to take a position with the forest service. While there, he studied for his master’s degree in entomology at the University of Minnesota, and he graduated in December 1959. He returned to Pine Bluff to teach science at AM&N but left in 1962 to take a job with the United States Department of Agriculture (USDA) in Hawaii. In 1975, he graduated from the University of Hawaii at Manoa with his PhD in entomology.
During more than forty years with the USDA, Harris served in a number of research capacities, including as research leader of the Biology and Ecology Research Unit of the Tropical Fruit and Vegetable Research Laboratory and research entomologist at the Pacific Basin Agriculture Research Center. However, he is most well-known for his research on the control of fruit flies, a common pest that damaged and destroyed fruit crops. This prevented some nations from being able to export produce for fear of introducing the pest to other parts of the globe. Harris was able to develop a strain of B. arisanus wasps that could be used for fruit fly eradication without fear of introducing into the environment a population of the wasps themselves, in that the strain included sterile males. Thanks to his work, the nation of Chile, for example, has been free of fruit flies since 1975.
Harris received an official commendation from the Chilean government in 1996. He has been the recipient of several other honors, including induction into the Royal Entomological Society of London in 1989, and is a member of the Hawaiian Entomological Society, the Entomological Society of America, the International Organization of Biological Control, Sigma Xi Scientific Research Society, the Florida Entomological Society, and the African Association of Insect Scientists, among other organizations. He has published more than 100 peer-reviewed articles in a variety of scientific journals.
After retirement, Harris continued to serve as the Biological Science Collaborator at the Pacific Basin Agricultural Research Center in Honolulu. Alpha Phi Alpha Fraternity, Inc. offers a scholarship in his name. On January 14, 2012, Harris received the Lifetime Achievement Award for Distinguished Service from the National Association for the Advancement of Colored People (NAACP).
Harris died on February 20, 2018, at his home in Kaneohe, Hawaii. 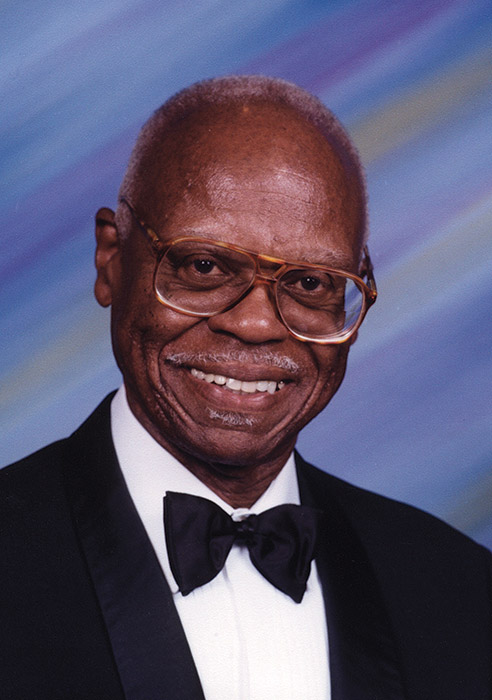