Roy Roberts, a native of Magnolia, Arkansas, rose through the ranks of the automotive industry from management trainee to vice president of General Motors Corporation (GM). He was a pioneer in the field, and by the end of his over twenty-year leadership career with GM, he was one of the most powerful executives in the automotive industry.
Roy Stewart Roberts was born in Magnolia on March 26, 1939, one of ten children of Turner Ray Roberts and Erma Lee Livingston Roberts. His father worked at several jobs, and his mother was the head chef at a local hotel. His mother died before he was three years old, and shortly afterward his father moved the family to Muskegon, Michigan. About six months after his mother’s death, his father married Ethel Thomas.
After graduating from Muskegon High School in 1958, Roberts took an assembly line job at Lear Siegler Corporation, an aerospace parts manufacturer. He worked there for approximately seventeen years. He attended college classes after work and earned a Bachelor of Arts degree in business administration from Western Michigan University (WMU) in 1970. He also took graduate classes at WMU and Wayne State University, and he completed the Executive Development Program at Harvard Business School.
Roberts began his career at General Motors Corporation in 1977 when he became a manager-in-training in the diesel equipment division in Grand Rapids, Michigan. By 1981, he was promoted to manager of a local plant; he held the same position in several plants until 1988 when he was chosen to be the vice president in charge of personnel administration and became the second African-American vice president in the history of the company. In June 1988, he left GM, partly because he thought his ideas for the operation of the company were being poorly received. He then became vice president and general manager of truck operations at Navistar International Corporation in Chicago, Illinois.
Roberts returned to GM in 1990 as manufacturing and engineering manager for Cadillac Motor Car Division. In 1991, he was named general manager of Pontiac-GM, directing the merger of the two companies. His promotion of the light pickup truck and sports utility vehicle (SUV) helped inspire the rise of the popularity of those types of vehicles across the United States, which resulted in breaking several long-standing sales records over the next few years. As the general manager of the new division, he was the highest-ranking African-American executive in the American automotive industry. Many described him as a visionary in the industry.
In 1998, Roberts was promoted to group vice president for North American vehicle sales, service, and marketing. When he announced his retirement in the spring of 2000, he was the most senior African-American executive employed by the corporation.
Roberts remained active in his retirement. In 2000, he helped launch M-Xchange.com, an Internet trade exchange. The next year, he co-founded the private equity firm Reliant Equity Investors. Perhaps his most important post-retirement success was the role he played in the Detroit Public Schools. In 2011, the governor of Michigan appointed Roberts as the emergency manager of the Detroit Public Schools. The problems faced by the school system were many, but by the time Roberts left the position in 2013, the situation had improved. The schools were on a more sound financial footing, and academic achievement was on the rise by some measures, although some argue that these improvements, which focused on closing public schools in favor of charter schools, created hardships for local communities and further harmed the struggling public school system.
Roberts served on a number of corporate boards, including Burlington Northern Santa Fe Corporation, Enova Systems Corporation, and Abbott Laboratories. He was named a trustee emeritus at Western Michigan University, served as president of the Grand Rapids chapter of the National Association for the Advancement of Colored People (NAACP), and was a board member for the Boy Scouts of America. He also chaired Aspen Institute and National Urban League national conventions.
He was given the American Success Award in 1989, was made Executive of the Year by Black Enterprise magazine in 1996, and was awarded the Distinguished Service Citation from the Automotive Hall of Fame in 1998.
Roberts has been married twice. His 1958 marriage to Ruby West ended in divorce in 1971. He married Maureen Robinson in 1974. He has two sons and two daughters. In 2011, Roberts and his wife donated $1.1 million to create the Maureen and Roy S. Roberts Gallery of Contemporary African Art at the Detroit Institute of Arts. In 2015, he published his autobiography, titled My American Success Story: Always the First, Never the Last. 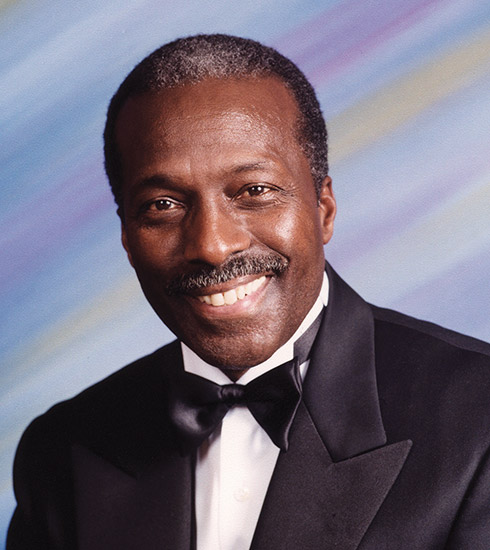