Henri Linton has been recognized as one of the most talented artists working in the state of Arkansas. He has also served as chairman of the art department at the University of Arkansas at Pine Bluff (UAPB).

Henri Linton was born in Tuscaloosa, Alabama, in 1944. After discovering his artistic talents early, he soon began to paint and visit museums. To buy art supplies, he took odd jobs such as painting signs and shining shoes. After he entered a national art contest as a teenager, he won a four-year scholarship to the Columbus College of Art and Design in Ohio. Linton earned a Bachelor of Fine Arts degree from Boston University and a master’s degree in art from the University of Cincinnati Graduate School of Fine Arts.

In 1969, John Howard, chairman of Arkansas Agricultural, Mechanical, and Normal (AM&N) College (now the University of Arkansas at Pine Bluff—UAPB) art department, offered Linton a position on the faculty. With Howard as his mentor, Linton began a career teaching aspiring artists. When Howard retired as chairman in 1980, Linton took the position.

Linton has also thrived as an artist. With scores of renderings, his work is noted for its examination of Arkansas Delta aerial landscapes. His paintings received critical praise from solo shows at the Arkansas Arts Center in 1996 and 2000. He was the first regional artist to exhibit at the Strauss Gallery after the expansion of the Arkansas Arts Center in 2000. His work is displayed throughout the state, including in public collections at the University of Arkansas for Medical Sciences (UAMS), the Winthrop Rockefeller Foundation, and the Arkansas Arts Center. He has highlighted some of his works in a book he co-authored, The Art of Henri Linton: Sequences in Time and Space (2003). Linton’s passion for African-American history and culture manifests itself in his work. He has organized and coordinated photographic exhibitions such as And So Shall She Reap: The Seeds of Beulah Flowers, the story of Maya Angelou’s mentor and the mother of a family of influential professionals; Honoring Our Roots: The Lives and Times of Isaac Scott Hathaway and John M. Howard; and Those Who Dare to Dream: The Works of Arkansas Photographer Geleve Grice.

Linton also developed UAPB’s University Museum and Cultural Center. He gathered historical photographs, papers, annuals, books, newspaper clippings, tokens, mementos, and a variety of other artifacts and organized, designed, and helped construct all the displays at the museum, which houses Keepers of the Spirit: The L. A. Davis, Sr., Historical Collection, which documents the history of UAPB.
Linton is married to Dr. Hazel Linton, a member of the School of Education at UAPB. 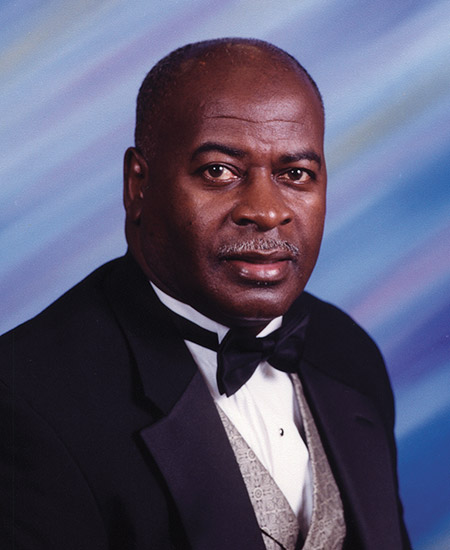