Co-Founder of Educate the Children Foundation | Class of 2002

Faye Clarke co-founded the Educate the Children Foundation, which was created to support rural and impoverished school districts with donations of books and other educational materials.
Faye Wilma Robinson was born on August 6, 1931, in Pine Bluff, Arkansas, to Jerimah and Earnest (or Eariest) Robinson. In high school, she was an Arkansas National Merit Scholar, and she went on to attend Harvard Business School. She began working at Aramark, a company that provides food, facility, and uniform service, and she eventually became a regional vice president in the company. While at Aramark, she helped to organize services for the 1984 Olympic Games in Los Angeles, California.
She married Frank Clarke in 1982, and they had eight children.
In her work for Aramark and often accompanied by her husband after his retirement, Clarke frequently traveled throughout the South, where they witnessed the many educational inequalities facing children in lower-income school districts. In particular, the Clarkes happened to meet the Superintendent of Public Instruction for Mississippi at an administrators’ conference (Faye Clarke had the responsibility of securing food service contracts with school districts) and were invited to tour the schools of the Mississippi Delta region, where poverty is endemic.
Shocked at the conditions they observed, the Clarkes returned home to Long Beach, California, and began donating books and calculators to needy school districts in the South. After Faye Clarke retired in 1991, the couple used most of her $300,000 retirement fund to establish the Alabama-Mississippi Education Improvement Project, with Clarke as executive director. This was renamed the Educate the Children Foundation in 1993. The goal of the foundation was to locate books and other materials for school districts deprived of the means to secure those items themselves. To that end, the foundation worked to obtain surplus materials from educational publishers and discarded furniture from wealthier school districts. The foundation opened warehouses in Montgomery, Alabama; New Orleans, Louisiana; Atlanta, Georgia; and Greenville, Mississippi.
By 1999, more than $20 million worth of books and other equipment had been distributed to schools in nine states and Washington, D.C., as well as in the U.S. Virgin Islands, Haiti, and Ghana. The Clarkes also worked to establish computer labs in various schools, including on Native American reservations in the American West. They also opened a computer-oriented summer camp for children in Compton, California, in 1997.
Faye and Frank Clarke received the President’s Service Award from President Bill Clinton in 1996. They received the National Caring Award the following year. 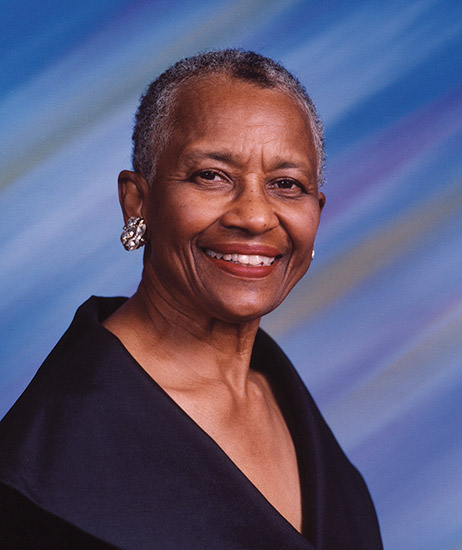