Founder and CEO of Rice Financial Products Company | Class of 2003

James Donald “Don” Rice, Jr., is founder, president, and chief executive officer of Rice Financial Products Company in New York, the only minority-owned derivatives firm in the nation.
J. Donald Rice, Jr., was born on August 22, 1958, to the Reverend James Donald Rice, Sr., and Ellen Rice. In 1962, his family moved from Kansas City, Missouri, to Hot Springs, Arkansas. His father founded and served as the pastor of Roanoke Baptist Church and was president of the Hot Springs chapter of the National Association for the Advancement of Colored People (NAACP). Ellen Rice funded and operated the first Head Start program in Hot Springs. She died when Rice was seven years old. He has an older sister, Donnellda.
After several failed efforts to enroll in Jones Elementary School, Rice and his sister eventually attended Eastside Elementary School, where they were the first African-American students to integrate that school. Rice also attended Central Junior High School for a short time. He became the first seventh-grade student elected as student-body vice president. At the age of thirteen and after a decade in Arkansas, Rice and his family moved to Oklahoma City, Oklahoma, and then eventually to Philadelphia, Pennsylvania. He graduated there from Central High School, a prestigious all-boys public school at the time.
Rice attended Kettering University in Flint, Michigan, and graduated with honors in 1981 with a bachelor’s degree in industrial engineering. He worked at General Motors as an automotive manufacturing engineer for several years before receiving a full scholarship to Harvard University School of Business. Rice became interested in securities while studying finance. He graduated with a Master of Business Administration with distinction.
In 1985, Rice began working for the public finance department at Merrill Lynch. He was one of the founding members of the Municipal Derivatives Products Group, which developed large, complex bond refunding techniques to reduce the borrowing costs for state and local governments, specifically the District of Columbia. This technique was named an Institutional Investor Deal of the Year and became a common Wall Street practice. He spent a short time with Bankers Trust.
Rice secured his foothold in the derivatives market in 1993 when he founded Rice Financial Products Co. (RFP) in New York City. The company focused on borrowing for municipal governments. He expanded the company later that year with the formation of Rice Securities LLC, headquartered in Houston, Texas. This expansion included safe and customized debt management and investment products and returns for municipalities. In 1998, Rice led the company’s acquisition of minority-owned brokerage company Apex Securities and gained a significant share of the Southwest. The next year, RFP expanded further into the Northeast through the acquisition of Pryor, McClendon, Counts & Co. (PMC), the oldest black-owned investment bank in the country. Both Apex and PMC were combined to form a new subsidiary, Apex Pryor Securities, Inc. The company continued to expand in the twenty-first century by opening additional offices across the country, tripling the number of trading professionals employed, and hiring experienced bond bankers from firms such as Merrill Lynch, Goldman Sachs, Citigroup, and Morgan Stanley. In 2015, RFP held ten percent of municipal and state government borrowing throughout the country and was notably the largest investor for historically black colleges and universities. Today, Rice continues to underwrite bonds for municipalities and nonprofit organizations, including educational institutions. He currently serves as president and chief executive officer for RFP.
Rice has received a number of awards over the years. In 2000, RFP was named Black Enterprise Magazine’s Financial Company of the Year. Rice has twice been named among Black Enterprise Magazine’s “75 Most Powerful on Wall Street,” once in 2011 and again in 2014. The National Association of Securities Professionals selected him as the 2002 Entrepreneur of the Year.
In 2004, Fortune Magazine featured him in “The New Black Power of Wall Street.” He was also inducted into National Commission for Cooperative Education for 2009. He was appointed by New York Governor David Paterson to serve on the board of the directors of the New York State Thruway Authority. He was confirmed in May 2010. He also serves as the chair of the Audit Committee for the New York State Canal Corporation, with his tenure ending in June 2018.
Rice has served on several boards. He served on the Board of Directors for New York City’s United Neighborhood Houses, as the chair of the Finance Committee for Board of Trustees for Kettering University, and on the Governing Board for New York City’s Administration for Children Services, which oversees the New York City Head Start programs.
Rice has donated to a number of organizations, nonprofits, and institutions, including the National Urban League, Summer on the Hill, and the Democratic Congressional Campaign Committee.
Rice is a licensed pilot, frequently flying small planes around the New Jersey area. 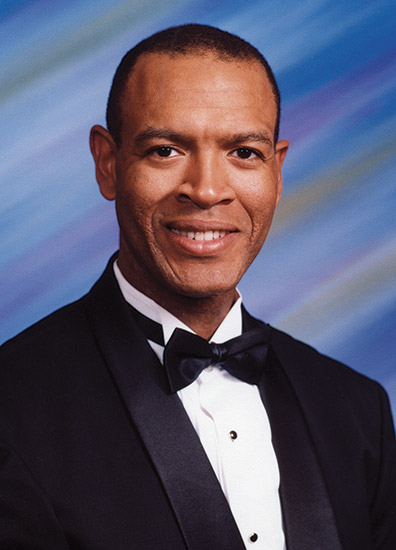