Sybil Jordan Hampton has served as a higher education administrator, leader in philanthropy, and political advisor during her career.
Sybil Jordan was born on September 1, 1944, in Springfield, Missouri, to Leslie W. Jordan and Lorraine H. Jordan. Her mother was a longtime educator, and her father was a World War II veteran who worked for the U.S. Postal Service. Jordan grew up in Little Rock, Arkansas, under the Jim Crow system of racial segregation, having to drink from “colored” water fountains and attend segregated schools. After the 1954 Brown v. Board of Education of Topeka, Kansas decision ruling that racial segregation in public education was unconstitutional, Little Rock schools began the process of desegregation. In 1959, she was recruited to be a member of the second group of pioneering black students to integrate Central High School, following the Little Rock Nine’s entrance into the school in 1957. Her brother, Leslie Jordan, Jr., followed her in the school’s integration.
While growing up in Little Rock, she attended Bethel African Methodist Episcopal (A.M.E.) Church and observed her parents’ civil rights activism as members of the National Association for the Advancement of Colored People (NAACP). She credits her church for providing a nurturing environment and social infrastructure that produced strong citizens dedicated to making life better for people of color in the community and throughout the world.
Upon her graduation from Central High School in 1962 as the first African American who attended the school from tenth through twelfth grades, she received the National Service Scholarship, a Fund for Negro Students Supplemental Scholarship, and the Freedmen’s Scholarship.
Jordan earned a bachelor’s degree from Earlham College in Indiana, a master’s degree in elementary education at the University of Chicago, and master’s and doctorate degrees from the Teachers College, Columbia University in New York City. She married educator Alfred Hampton. Throughout her career, Sybil Hampton served in leadership roles at Southwestern University in Georgetown, Texas; the University of Wisconsin– Madison; and the School of Arts and Science at Iona College in New Rochelle, New York. In 1996, she returned to Little Rock to serve as president of the Winthrop Rockefeller Foundation (WRF), which focuses on racial and social justice. During her ten-year tenure as president of the foundation, she helped to fund a variety of educational and cultural programs throughout the state. Hampton used her position and influence in philanthropy to provide opportunities to those disenfranchised based on race and economics. She retired from WRF as president emeritus in 2006.
Hampton has received numerous awards and honors. She was named to Arkansas Business’s Top 100 Women in Arkansas several times, was honored with the Earlham College Outstanding Alumni Award in 1998, was named a Woman of Achievement by Iona College in 1986, and was the 2002 recipient of the National Conference for Community and Justice Humanitarian Award.
Hampton works as a consultant, and she and her husband serve as volunteers at their church. She serves on the boards of numerous organizations, including the Arkansas Blue Cross Blue Shield Foundation and the Japanese American National Museum. Attorney General Dustin McDaniel appointed her to a four-year term on the Arkansas Ethics Commission in January 2014. Hampton began writing a memoir titled Guest in a Strange House with the goal of inspiring young people. 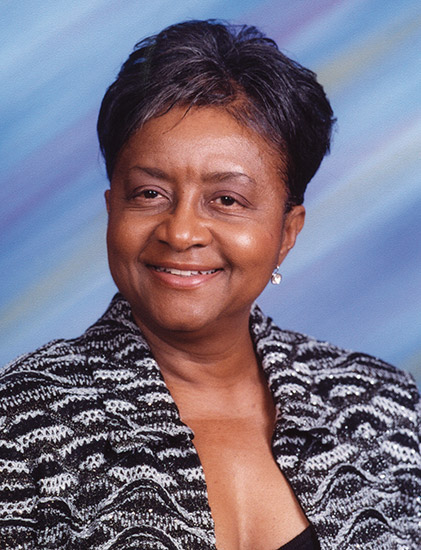