Dr. Sterling B. Williams was a groundbreaking leader in the field of obstetrics and gynecology (OB-GYN) who served in several important roles in national organizations dedicated to medicine and medical education. In addition, he was a gifted vocalist who performed with numerous choral groups.

Sterling Williams was born in Little Rock, Arkansas, on April 3, 1941. He grew up in Little Rock and graduated from Horace Mann High School. He earned a Bachelor of Science degree in zoology from the University of Illinois at Urbana-Champaign, followed by a Master of Science degree in physiology from Northern Illinois University in 1966 and an MD from what is now the University of Arkansas for Medical Sciences (UAMS) in 1973. He also completed work toward his PhD in physiology but was not awarded the degree before leaving for his residency; he was eventually awarded that degree from UAMS in 2012, along with the Dean’s Distinguished Alumni Award.

Williams served his OB-GYN residency at the University of Kansas (KU) Medical Center. After he completed his residency in 1976, he served in various faculty positions at KU, including as chairman of the Department of Obstetrics & Gynecology at the KU Medical Center, and became a professor at Columbia University. From 1987 to 1997, he was the residency program director at the Harlem Hospital Center in New York City. From 1997 to 2001, he was the Kermit E. Krantz Professor and chair of the department of obstetrics and gynecology at the KU. In 2001, he accepted the position of vice president of education at the American College of Obstetricians and Gynecologists (ACOG), based in Washington, D.C., where he also directed the Council on Resident Education in Obstetrics and Gynecology (CREOG).

Williams was a dedicated volunteer for the Accreditation Council for Continuing Medical Education (ACCME), and he served on the ACCME board of directors from 2006 to 2010. He served as chairman and vice chairman of the Finance Committee. He also served as a member of the Executive Committee; Compensation Committee; Nominating, Elections, and Awards Committee; the Workgroup on Cost Reduction; and the Monitoring Task Force. Williams also served on the ACCME Accreditation Review Committee from 2002 to 2005 and was elected to the board of the Council of Medical Specialty Societies (CMSS). When this nine-member board discussed placing more CEOs of specialty organizations on the board, he asserted that while it was important to have CEOs engaged, it was counterproductive to have only CEOs. Thus, he led a movement to increase but limit the number of CEOs on the board to five. Williams was also well respected for his leadership in and dedication to the National Medical Association (NMA), which represents African-American physicians and patients. Williams also published extensively in the field of medical education throughout his life, including co-authoring an article for the Journal of Graduate Medical Education that was published the year of his death.

Outside the medical field, Williams was a noted choral performer who sang numerous times with the Washington Chorus at the Kennedy Center in Washington, D.C., and at Carnegie Hall in New York City. He also sang with the Mormon Tabernacle Choir, the Kansas City Philharmonic, and the Kansas City Civic Chorus. An alumnus of the New York Choral Society, he was invited to join the chorus to sing with legendary folk music group Peter, Paul and Mary in one of its later concerts at Carnegie Hall.

After a brief illness, he died on May 19, 2013. He was survived by his wife, Joice, and three children, Sterling, Spencer, and Angela. 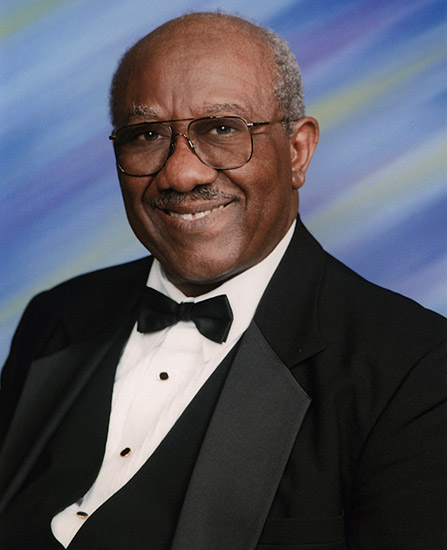