ReShonda Tate Billingsley is a journalist, public speaker, publisher, editor, ghostwriter, and producer; however, it is for her work as an award-winning national bestselling author that she is best known. Since publishing her first novel, My Brother’s Keeper (2001), through her own publishing company before Simon & Schuster/ Pocket Books began publishing it, she has authored more than forty additional novels and contributed to several anthologies. Most of her novels have been published by Simon & Schuster/Pocket Books and have spanned several genres, including nonfiction and both teen and adult fiction.

ReShonda Tate was born in Kansas City, Missouri, to Bruce Tate and Nancy Kilgore. She moved to Arkansas at a young age and was reared in her mother’s hometown of Smackover, Arkansas, as well as in nearby Louann and El Dorado. She also spent time with her paternal grandparents in Norphlet. Her grandmother, Pearly Hicks, encouraged her to embrace her love for storytelling. She credits her time in the state as the foundation for her writing career and continues to visit family in Arkansas regularly.

She moved to Houston, Texas, where she graduated from Madison High School. She earned a Bachelor of Arts degree in journalism from the University of Texas at Austin. She married Arkansas native Dr. Miron Billingsley of Helena-West Helena; they had three children.

For more than twenty years, ReShonda Tate Billingsley worked in television as an anchor and reporter. In 2007, having already published several novels, she left her broadcasting job to pursue her writing full time.

She has received several awards for her faith based and family-themed works. Three of her novels have been nominated for NAACP Image Awards for Outstanding Literature, with Say Amen, Again (2011) winning in 2012. Other awards and honors include Black Writers Alliance Gold Pen Award for best new author (2002), Let the Church Say Amen being named one of Library Journal’s Best Books 2004 in Christian Fiction, National Association of Black Journalists “Spirit in the Words” award on five occasions, Texas Executive Woman on the Move (2006), Rolling Out magazine’s Top 25 Women of Houston (2009), African American Literary Award for Best Teen Fiction for Drama Queens (2011), African American Literary Award for Best Christian Fiction for Fortune & Fame (2014) with Victoria Christopher Murray, and Mama’s Boy being named one of Library Journal’s Best Books of 2015 in African American Fiction.

In 2015, a screen adaptation of her sophomore novel, Let the Church Say Amen, aired on the BET network. The film was directed by actress Regina King and produced by megachurch pastor T. D. Jakes and rapper/actress Queen Latifah. The next year, adaptations of two more of her books, The Secret She Kept and The Devil Is a Lie, made on-air debuts on TV One. Billingsley acted in some of the film adaptations. BET also purchased the rights to three additional novels, I Know I’ve Been Changed (set in Arkansas) and the remainder of the Amen series: Everybody Say Amen and Say Amen, Again.

Billingsley co-founded boutique publishing company Brown Girls Books with her writing partner, bestselling author Victoria Christopher Murray. The company won Best Publisher of the Year in 2016 at the African American Literary Awards and has branded itself as a powerhouse in African-American literature. With more than forty authors on its roster, Brown Girls Books started several imprints, including Brown Girls Kids and Teens and Brown Girls Faith.

She is an active member of Alpha Kappa Alpha Sorority, Inc. (the first Greek-letter sorority established by black college women) and of Jack and Jill of America, Inc., an organization dedicated to nurturing future African-American leaders. Billingsley resides in Durham, North Carolina. 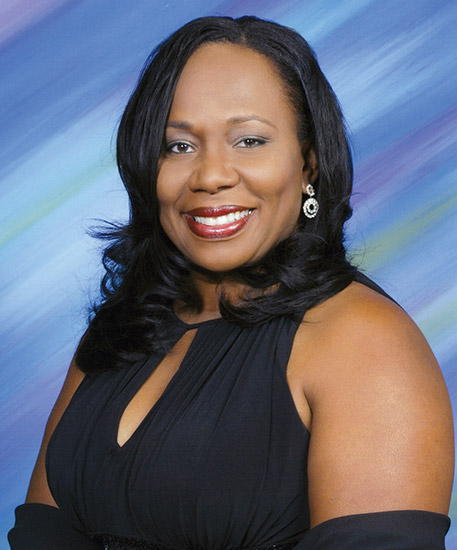