Shaffer Chimere Smith, Jr., who uses Ne-Yo as his professional name, is one of the most prominent and active Arkansas-born recording artists and songwriters performing in the early twenty-first century. Initially known for songs he wrote for other artists, Ne-Yo began releasing solo rhythm and blues (R&B) albums of his own in 2006.

Shaffer Chimere Smith, Jr., was born on October 18, 1982, in Camden, Arkansas, to Lorraine and Shaffer Smith. Young Smith displayed his songwriting acumen at an early age when he wrote his first song at the age of five. After his parents separated, he relocated with his mother to Las Vegas, Nevada, where he spent the remainder of his formative years. His mother worked in a variety of jobs before becoming a bank manager, though music was a constant presence in the Smith household. While still in high school, Smith began performing with local R&B group Envy and later moved with the group to Los Angeles, California. After the group disbanded, he worked as a staff writer at a production company, which eventually led to a record deal with Columbia Records in 2000.

Smith recorded a full-length album for Columbia Records under the performing name of Shaffer, but it was never released. Soured by the experience, he focused on songwriting instead. The nickname Ne-Yo was given to him by producer Deon “Big D” Evans due to his songwriting prowess, as Big D felt that Smith saw music the same way that the character Neo saw the intricacies of the matrix in the movie The Matrix. Smith quickly adopted it as his stage name with a change of spelling due to copyright reasons. He garnered attention after the song “That Girl” from his Columbia Records album was re-recorded by Marques Houston in 2003. Ne-Yo’s acclaim as a songwriter grew even more after he co-wrote Mario’s 2004 single “Let Me Love You,” which reached number one on the Billboard pop and R&B singles charts.

While Ne-Yo continued to focus on songwriting, during a visit to Def Jam Recordings, he was persuaded to perform for label executives. This led to a recording contract and his return as a performing artist. Ne-Yo’s first released solo album, In My Own Words, came out in 2006 on the Def Jam label and debuted at number one on the Billboard albums chart. The album also featured three singles that reached the top ten on the singles chart, including “So Sick,” which reached number one. His second album, Because of You (2007), also debuted at number one and won the 2008 Grammy Award for Best Contemporary R&B Album. His two subsequent albums, Year of the Gentleman (2008) and Libra Scale (2010), have also been top sellers, and Ne-Yo received two additional Grammy Awards in 2009 for the song “Miss Independent.” His fifth studio album, R.E.D., was released in 2012, and his sixth, Non-Fiction, was released in 2015.

While Ne-Yo’s prominence as a performer grew, he continued to stay active as a songwriter. In addition to Mario’s “Let Me Love You,” Ne-Yo has written songs for Beyoncé (“Irreplaceable”) and Rihanna (“Take a Bow”) that have reached number one on the Billboard Hot 100 chart. He has also written songs for Chris Brown, Mary J. Blige, Whitney Houston, and Celine Dion, among others. Ne-Yo also works with young artists and producers through his production company, Compound Entertainment, which he founded in 2004. He opened his own recording studio, Carrington House, in Atlanta, Georgia, in 2007. Ne-Yo left Def Jam in 2012 to take a position as a senior vice president of artists and repertoire at Motown Records.

He had two children with his long-time girlfriend, Monyetta Shaw. On February 20, 2016, he wed Crystal Renay. 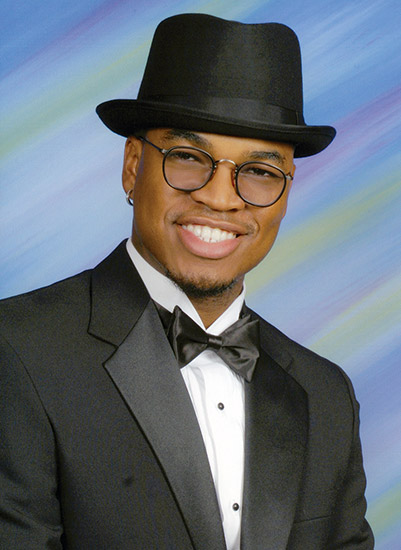