Businessman Jerry T. Hodges, Jr., who grew up in the Arkansas Delta, was one of a group of African-American men to serve as Original Tuskegee Airmen during World War II. Approximately 992 pilots advanced through the segregated Tuskegee program, with more than 450 seeing action in the war overseas. Hodges was one of the more than 500 who completed the training program but did not see action.

Jerry Hodges was born in Memphis, Tennessee, on June 29, 1925, to Jerry Hodges, Sr., and Mae Paterson Hodges. The family soon moved to Arkansas, settled in Hughes and then finally relocated to a farm in Heth. He attended the segregated Lincoln High School in Forrest City for two years. He then attended Robert R. Moton High School in Marianna, where he graduated as valedictorian in 1943.

He enrolled at Hampton Institute (now Hampton University) for three semesters. To pursue a lifelong interest in aviation, he left college and enlisted in the Army Air Corps on June 12, 1944. He was inducted into the service in the closing days of World War II at Camp Lee, Virginia, before being transferred to Kessler Field in Biloxi, Mississippi, for basic training. He was soon transferred to Tuskegee Army Air Field in Alabama, where he became one of the famous Tuskegee Airmen.

He completed his Tuskegee training on September 8, 1945, and was then transferred to Ohio’s Lockbourne Air Base on July 5, 1946, where he was assigned to the 617th Bomb Squadron of the 477th Bomber Group. With the assignment coming so near the end of World War II, he never flew any combat missions.

After he was discharged in the fall of 1946, Hodges enrolled at the University of Southern California (USC) to complete his degree in business. By his junior year, he had already obtained his license as a public accountant. He graduated from USC in 1950 with a bachelor’s degree in accounting and finance. He also took classes at California State University at Los Angeles and the University of California, Los Angeles (UCLA). He later received an additional degree in financial planning from the College of Financial Planning in Denver, Colorado.

After graduation, Hodges pursued a career in accounting. He became the vice president of Casualty Insurance Company, one of the first African-American-owned insurance companies in California. In about 1964, he opened his own accounting business. By 1965 he had expanded his business and was managing his own company of about ten employees.

Over the years, Hodges became a successful businessman and was involved in many civic activities. He was one of the founders of the Los Angeles Branch of the David Rockefeller Interracial Council on Business Opportunity. He also served as chairman and president of the nonprofit Tuskegee Airmen Scholarship Foundation.

Hodges is retired and lives in southern California with his wife, Lillian Reed Hodges. They have two daughters. 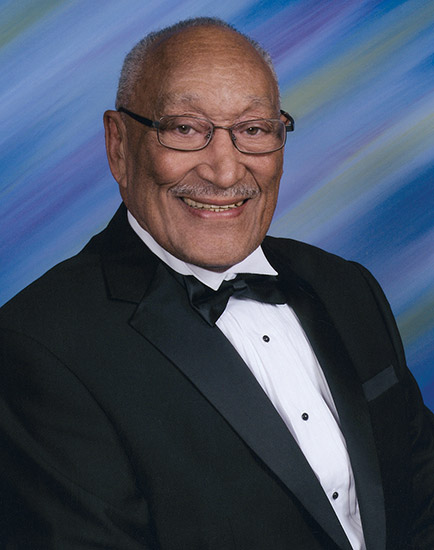