Charles E. Phillips, Jr., is the CEO of Infor, a company that specializes in industry-specific software. His long career on Wall Street and in Silicon Valley includes high-level positions in financial services corporation Morgan Stanley and computer technology corporation Oracle.

Charles Phillips was born in 1959 in Little Rock, Arkansas. His father was stationed at the nearby Little Rock Air Force Base, and the family moved frequently during his youth, including stints in Germany and Spain. Aiming to follow in his father’s footsteps, Phillips enrolled in the U.S. Air Force Academy in Colorado Springs, Colorado. Although he graduated with a degree in computer science in 1981, worsening eyesight during his senior year kept him from becoming a pilot. Phillips instead enlisted in the U.S. Marine Corps, and built computer systems at Camp Lejeune in Jacksonville, North Carolina. He rose to the rank of captain and earned his MBA from Hampton University in 1986.

Phillips left the marines at the urging of his wife, Karen, whom he had married as an undergraduate; the couple had one son. The family relocated to New York, where he began working for various Wall Street companies that were struggling to make the transition to the Internet era. He also studied at New York Law School and received his Juris Doctorate in 1993. The following year, he was hired as an analyst for Morgan Stanley. He eventually became the managing director in the technology group.

In 2003, Phillips was recruited by Larry Ellison to join Oracle, which Ellison had co-founded. Within six months, Phillips was named president of the California-based firm. Under Phillips, Oracle undertook several major acquisitions, including BEA (for $8.5 billion) and Siebel Systems (for $5.8 billion). His business acumen led to his appointment to President Barack Obama’s Economic Recovery Advisory Board, as well as to the boards of New York Law School, the American Museum of Natural History, Jazz at Lincoln Center, and Viacom. Phillips was also known for his publicly accessible toll-free telephone number, 1-800-MRCHUCK.

In 2010, at a technology conference in Aspen, Colorado, Phillips claimed that Oracle would engage in $70 billion worth of acquisitions over the next five years. The following day, the company issued a retraction, and some of Phillips’s responsibilities were given to other executives. Rumors swirled regarding his eventual removal. That fall, Phillips announced that he was leaving Oracle to join Infor.

One of the first things Phillips did as chief executive officer at Infor was to relocate the company’s headquarters from Alpharetta, Georgia, to New York City. Michal Lev-Ram wrote in Fortune magazine in 2013 that Infor, under Phillips’s leadership, was “trying to carve out a niche for itself by going after smaller companies and divisions within large corporations, unlike rivals Oracle and SAP, which focus on software that powers huge industries from retail to telecommunications.” By 2016, Infor had tripled in size under the leadership of Phillips, and it had acquired seventy other companies.

Phillips and his wife have engaged in numerous philanthropic ventures, and they formed Karen and Charles Phillips Charitable Organizations (PCO) in 2010 as an umbrella for their various activities. PCO provides financial aid for single parents, students interested in engineering, and wounded veterans. 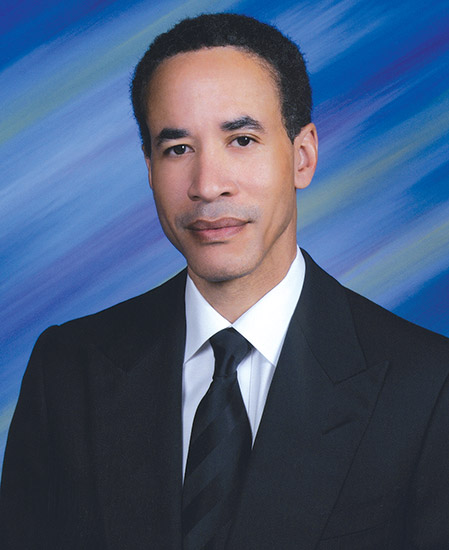