Pearlie S. Reed spent more than a quarter century of his career working in agriculture, serving four major regions of the United States and initiating sweeping progressive and anti-discrimination policies in the 1990s.

Pearlie Sylvester Reed was born in Heth, Arkansas, on June 14, 1948. He was one of eighteen children of Floyd L. Reed and Gennora Reed. Reed attended school in the nearby town of Hughes and graduated from the segregated Mildred Jackson High School. As a student at what is now the University of Arkansas at Pine Bluff (UAPB), Reed began his career in agriculture in 1968 as an intern in Walnut Ridge, Arkansas, with the Soil Conservation Service, later renamed the National Resources Conservation Services (NRCS). He graduated from UAPB in 1970 with a Bachelor of Science degree in animal husbandry. Reed later received a master’s degree in public administration and finance from American University in Washington, D.C. He completed additional specialized studies from the U.S. Department of Agriculture (USDA) Graduate School and Johns Hopkins University Center for Alternative Disputes and Resolutions.

He rose through the ranks of NRCS. He served as a soil conservationist, deputy state conservationist, and state conservationist in Arkansas, Delaware, Maryland, and California, as well as in the U.S. territories of Puerto Rico and Guam. Reed then served as the associate chief of NRCS and, according to the Congressional Record, “spearheaded the most comprehensive reorganization of the agency in its 60-year history.” He focused on Native American outreach by working directly with tribes on conservation programs and technical services. Reed assisted in the development and implementation of the Conservation Title of the 1996 Farm Bill. That same year, Reed was appointed to the USDA Civil Rights Action Team and tasked with developing recommendations to advance civil rights within the department. His team developed ninety-two recommendations, all of which were implemented by order of President Bill Clinton.

Reed operated as acting Assistant Secretary of Agriculture for the administration from 1997 to 1998. In 1998, he was promoted to chief of NRCS and remained there until he retired in 2003. In 2002, he was named regional conservationist for the western U.S. After his retirement, Reed operated a consulting firm in Marion, Arkansas. He focused on conservation, agriculture, economic development, and management.

In 2009, President Barack Obama nominated Reed to serve again as Assistant Secretary of Agriculture. U. S. senator Blanche Lincoln introduced him at his nomination testimony before the Senate Committee on Agriculture, Nutrition, and Forestry on May 7, 2009. He was sworn in on May 21, 2009. Reed retired a second time in June 2012 after an office he managed failed to follow procedures and regulations for awarding grant recipients. He returned to his firm in Marion and promised to “continue to focus on conservation and public policy issues impacting socially disadvantaged farmers and communities.” Reed served as chairman for several USDA-wide initiatives during his career, including the USDA/1990 Task Force, Agricultural Air Quality Task Force, and National Food and Agricultural Council.

Reed assisted UAPB in 1991 with acquiring what became the Pearlie S. Reed-Robert L. Cole Small Farm Outreach Wetlands and Water Management Center near Lonoke and briefly served as an advisor with UAPB’s School of Agriculture, Fisheries and Human Sciences during his second retirement. In 2010, he served as the keynote speaker at a National Black Farmers Association conference in Albany, Georgia. He contributed to international conservation efforts in South Africa, in Australia, and for the International Soil Conservation Organization. He supported professional development opportunities for groups such as the National Organization of Professional Black Natural Resources Conservation Service Employees (NOPBNRCSE). The Pearlie S. Reed Excellence in Conservation Award from NOPBNRCSE is given to members who demonstrate exceptional leadership and contributions to community conservation, protection, and enhancement of natural resources. Reed received several awards and honors, including the Distinguished Presidential Rank Award for “strength, integrity, industry, and a relentless commitment to excellence in public service”; the George Washington Carver Public Service Hall of Fame Award; and the USDA Silver Plow Award in 1996 and 1998.

Reed suffered from diabetes and heart problems during his later years. On April 8, 2016, he died shortly after being admitted to the Methodist University Hospital in Memphis, Tennessee. He is interred at Paradise Garden Cemetery in West Memphis, Arkansas. 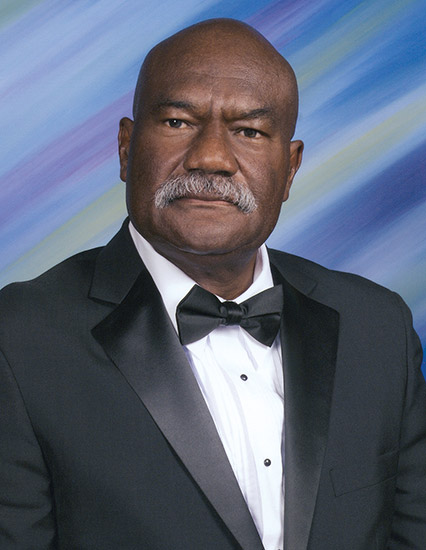