Vertie Lee Glasgow Carter is a renowned educator whose doctorate in education paved her way into previously unattainable arenas for an African-American woman of her time in Arkansas. Over her long career in education, she influenced generations of teachers and revolutionized the way Arkansas applied employment and merit systems.

Vertie L. Glasgow was born on October 19, 1923, into the sharecropping family of Daisy James Glasgow, who was also a schoolteacher, and Thomas Glasgow in the Antioch community in Hempstead County. To buy books and pay tuition to Yerger High School in Hope, Arkansas, she raised and sold pigs. After graduating from high school in 1942, she attended Arkansas Agricultural, Mechanical, and Normal (AM&N) College in Pine Bluff—now the University of Arkansas at Pine Bluff (UAPB). She graduated in 1949, having taken time off during World War II to work at the Pine Bluff Arsenal. Glasgow earned a Master of Science degree in education at the University of Arkansas at Fayetteville (U of A) in 1954, although she had to study with U of A professors who came to Little Rock each summer to teach graduate classes because African-American students were not allowed at that time to attend the school in Fayetteville.

By 1958, she was married to Isaiah Carter, a World War II veteran and machine operator for the Cotton Belt railroad; they had two sons: Larry D. Carter and Michael R. Carter.

Although she was courted by various colleges that offered her a significant salary, Carter decided to join the faculty of Philander Smith College in Little Rock in 1964. The school’s president had told her how much the school needed someone certified in teacher education for the department to gain accreditation. She went on to receive a doctorate in education from North Texas State University (now the University of North Texas) in 1970.

Over the twenty-one years she spent at Philander Smith College, she used her own money to create a teacher education laboratory and led the school to accreditation by the North Central Association and the National Council for Accreditation of Teacher Education. She also started a similar lab at Arkansas Baptist College in Little Rock, where she was dean of instruction and an adjunct professor. She sometimes served in these roles without pay when the institutions faced financial troubles.

In 1969, Governor Winthrop Rockefeller appointed Carter to the Arkansas Merit System Council to assess equal opportunity in state employment. She was the first African American, the first educator, and the first woman appointed to the council. She served on the council for nine years, having been reappointed by Governor Dale Bumpers in 1972 and Governor David Pryor in 1975; she chaired the council for seven years. During this time, she wrote a book called How to Get a Career Job (1978) and held seminars to help people apply for and test for state jobs.

During her tenure on the council, she uncovered and confronted antiquated and discriminatory practices in testing, hiring, firing, promotions, and appeals. After pointing out that there were no black members of the Oral Review Board, she selected two to serve on the board—part of her effort to revolutionize the merit system. She also served as second vice president of the International Personnel Management Association and vice president of the advisory committee on affirmative action. In 1981, she published Arkansas Baptist College: A Historical Perspective, 1884–1982. 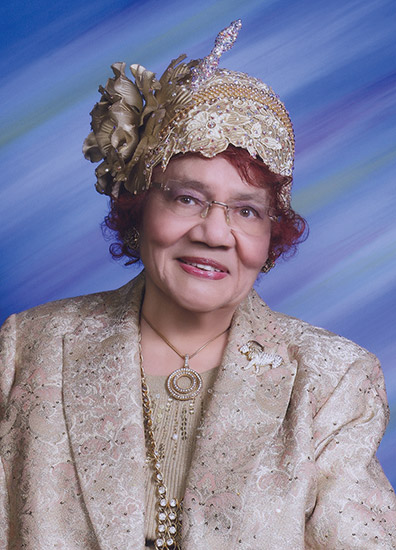