Bobby Rush is an award-winning blues artist whose music also parlays elements of southern soul, funk, and rap into a genre he calls “folkfunk.” He became known as the “King of the Chitlin’ Circuit,” touring venues throughout the South that were popular with African-American artists.

Bobby Rush was born Emmett Ellis, Jr., on November 10, 1935, near Homer, Louisiana, to Emmett and Mattie Ellis; however, the 1940 census lists him as three years old. The son of a minister, Rush was influenced by his father’s guitar and harmonica playing, and he first experimented with music by tapping on a sugar-cane syrup bucket and playing a broom-and-wire diddley bow. In 1947, his family moved to Pine Bluff, Arkansas, where his music career began. He headed a band at a local juke joint behind a sawmill. He donned a fake mustache so he would look older. It was also in Pine Bluff that he formed key associations with area blues artists such as Elmore James, “Moose” Walker, Boyd Gilmore, and others. It is unclear why he chose the stage name Bobby Rush, though perhaps he changed his name out of respect to his minister father, with whom he shared a name.

After moving to Chicago, Illinois, in the early 1950s, Rush made additional associations with legends such as Howlin’ Wolf, Muddy Waters, Little Walter, Albert King, and others. By the early 1970s, he had his first Billboard R&B hit with the song “Chicken Heads,” which reached No. 34. Rush later made his first full album, Rush Hour, in 1979, with another hit, “I Wanna Do the Do.”

Since the late 1970s, Rush has made dozens of albums and has built both a national and international fan base. Interestingly, his awards and acclaim have come in his later years, as he received his first major recognition after the release of Raw, his twenty-second album, when he received the Soul Blues Male Artist of the Year award at the Blues Music Awards in 2007. His album Hoochie Momma received a Grammy nomination in the blues category in 2001. In 2006, Rush was inducted into the Blues Foundation’s Blues Hall of Fame. His album Porcupine Meat was released in 2016. Rush has been married twice. His first wife and three children all died from sickle-cell anemia.

Sexually suggestive, edgy, and humorous, Rush has always had a high-energy performance show that is as entertaining as his music. He touts his desire to keep these shows an integral part of his performances, especially for smaller “Chitlin’ Circuit” clubs, which have limited means to attract big stars.

Rush has also become an ambassador for blues, representing the genre in cultural venues worldwide, and has also been noted as a humanitarian. In 2007, he became the first blues artist to perform in China, which earned him the title “International Dean of the Blues.” He was later named Friendship Ambassador to the Great Wall of China after he performed the largest concert ever held at that site. Rush has also performed for troops in Iraq and supported projects for prisons and at-risk youth. 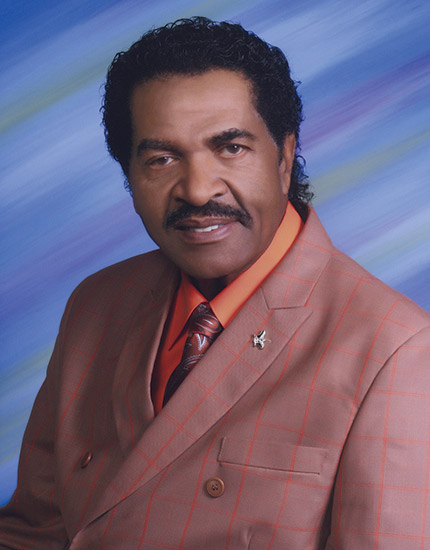