Charles Olan Stewart came from humble beginnings. The third of eight children, he was born February 27, 1949, in Sweet Home, Arkansas, and grew up in Little Rock’s South End. His mother, Ola Fay Stewart, is a retired elementary school teacher. His father, the late Rev. Frank James Stewart, was an African Methodist Episcopal minister and Presiding Elder. It was during the post civil-rights era that Stewart graduated from then Horace Mann High School in 1967. Stewart was an early version of UALR’s trademark: the non-traditional student. After attending full time for two years, he spent the next five years juggling night school, work, and marriage and eventually, fatherhood. Stewart graduated from UALR with a BA degree in Political Science and Sociology in 1974. Entering the banking industry in 1971, Stewart was among the first African-Americans to attend the Graduate School of Banking of the South at Louisiana State University.

After working in accounting with the Teletype Corporation, Stewart began a 37 year banking career in 1971 with First National Bank in Little Rock. He became the first African-American banking executive in the state of Arkansas. Having navigated five mergers and acquisitions beginning in 1981, Stewart moved into increasingly responsible positions with greater reach and authority with First Commercial Bank, Regions Bank and Regions Financial Corporation in Birmingham, Alabama. In 1998, Stewart was tasked, at Regions Financial Corporation, with establishing and managing a new division for the $147 billion Corporation. This division oversaw the community development operations of 135 community development officers in 16 states in the South, Southeastern and Midwestern United States. Over the next 10 years, Stewart enjoyed an incredible tenure with RFC. After setting up a new business line for public, governmental, institutional and non-profit organizations, Stewart ended his banking career in 2008 as Executive Vice President with Regions.

Stewart’s interests and impact have gone outside of business and banking to include community and economic development nationally and internationally. In 2010, he was selected to serve as Interim Chief Executive Officer of Heifer International, a value-based, global development organization. Stewart has been appointed to many local, state and federal boards and commissions, Workforce Education Commission, including the Health Policy Board of the Arkansas Center for Health Improvement, and the Legislative Traumatic Brain Injury Taskforce. His other appointments include the Arkansas State Police Commission, Federal Small Business Advisory Council, Arkansas IOLTA Foundation, Advisory Board of the National Institutes of Health, and the Arkansas Industrial Development Commission. Stewart has been a part of many international trade and goodwill missions around the world, including Japan, Taiwan, China, Poland, Romania, Russia, Georgia, Italy, Tanzania, Mali, Ghana, Senegal, Republic of South Africa, Kenya, Zambia, Zimbabwe, Rwanda, Mexico, Ecuador, and Thailand.

On and off the job, Stewart personifies economic and community development. Not only has it been his title, it has been woven into the rest of his life through various volunteer endeavors over the years. Stewart is a founding Board Member and former Chairman of the Board of Little Rock Preparatory Academy, an open-enrollment public charter school. He is the co-founder and Chairman of the Arkansas Black Hall of Fame and the Arkansas Black Hall of Fame Foundation, Inc. Stewart is former Chairman of the Board of Heifer International and has led study tours to many Heifer Project locations around the world. His other past board positions include: Philander Smith College, Arkansas Arthritis Foundation, Pulaski County Council on Aging, UALR Alumni, Arkansas Executive Forum- University of Arkansas -Walton Collage of Business, Arkansas Regional Minority Supplier Development Council, Greater Little Rock, Arkansas Humanities Council, N.C.C.J., Arkansas Council for International Visitors, Professional Counseling Associates, Southwest Regional Medical Center, Pinnacle Business Solutions and Arkansas Business Publishing, Inc.

Stewart has been recognized and received many honors during his lifetime and career. A few of the many awards are: the Mrs. David Terry Humanitarian Award, William J. Smith Award- Outstanding Young Executive presented by the Greater Little Rock Chamber of Commerce, the first UALR President’s Award, NAACP Black Corporate Executive Award, Honorary Doctorate of Humane Letters – Philander Smith College, Honorary Doctorate of Humane Letters- Shorter College, NCCJ National Humanitarian Award, and The Charles O. Stewart Endowed Chair of Banking and Finance at Philander Smith College which is funded by the United Methodist Foundation. In 2007, Stewart was made an honorary Chief of the Maasai Tribe in Tanzania. He also received The Empowerment Award from Africa Women’s Health Project International. A highlight of his honors is the naming of the Charles O. Stewart Executive Conference Room in the Heifer International World Headquarters Building.

Stewart’s work also extend to his church, St. Andrew AME, where he serves as Chairman of the Finance Committee, President of the Board of Stewards, Superintendent of Sunday School and a member of the Male Chorus. He is the father of two grown children, Sherri D. Anderson and Christopher C. Stewart and one grandson, Lawrence Daniel Anderson, III. Other little known facts about Charles Stewart is that during the late ’70s and early ’80s he was a model for Dillard’s, General Motors, Levi’s International and appeared in two movies-“End of the Line” and “Under Siege.” Stewart recently filmed an oral history interview for “The History Makers” that will be archived in The Library of Congress and a number of major university libraries. 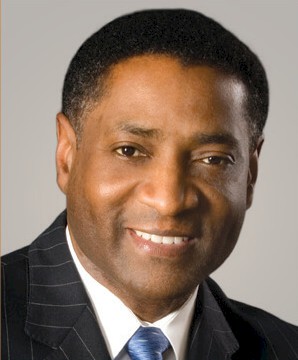