Hubert “Geese” Ausbie joined the Harlem Globetrotters basketball team in 1961 following a standout college career at Philander Smith College in Little Rock, Arkansas. For the next twenty-four years, Ausbie played for the Globetrotters in more than 100 countries and became known as the “Clown Prince of Basketball” for his entertaining antics on the basketball court.
Hubert Ausbie was born in Crescent, Oklahoma, on April 25, 1938. He was one of eight children and the youngest son of Bishop and Nancy Ausbie. As a youth, Ausbie excelled in baseball, basketball, tennis, and track. He once scored seventy points in a basketball game for Crescent’s Douglas High School and helped lead Douglas to four straight Oklahoma Basketball State Championships.
He graduated from high school in 1956 and had his choice of more than 200 athletic scholarship offers from major colleges. He accepted a basketball scholarship from Philander Smith College because of its religious affiliation and also because his brother Attaway was already a student there. During his senior year (1959–1960), he was named to the all-conference and several all-American basketball teams and finished the year as the third-leading scorer in the nation.
While at Philander Smith, Ausbie met Awilda Lee. They were later married and had four children.
Following his graduation from Philander Smith in 1960, Ausbie turned down a professional baseball contract with the Chicago Cubs and chose to travel to Chicago, Illinois, to try out for the Harlem Globetrotters basketball team, despite interest from the NBA’s Cincinnati Royals and Los Angeles Lakers. The Globetrotters travel the world and have entertained millions with a combination of comic routines, basketball skill, and showmanship. In 1961, Ausbie was chosen from an open tryout of more than 500 players from around the country to join the Globetrotters.
Ausbie had been called “Goose” since childhood, but his nickname was changed to “Geese” when he joined the Globetrotters because they had been led for many years by another “Goose” from Arkansas, Reece “Goose” Tatum.
Because of his basketball skills and natural flair for visual humor, Ausbie was known as the “Clown Prince of Basketball” for his entire playing career with the Globetrotters, which continued until his retirement as a player in 1985. He shared center stage on the basketball court with two other popular Globetrotter players, Meadowlark Lemon and Curly Neal. In 1978, Lemon left the Globetrotters, and Ausbie became the lead entertainer of the team.
During Ausbie’s career, the Harlem Globetrotters expanded into televised entertainment. They appeared frequently on ABC’s Wide World of Sports, had their own Saturday morning cartoon show, starred in the live-action children’s show The Harlem Globetrotters Popcorn Machine, and co-starred in the movie The Harlem Globetrotters on Gilligan’s Island.
Ausbie was inducted into the Arkansas Sports Hall of Fame in 1990. In 1994, he received the Globetrotters’ Legends Ring for his outstanding contributions.
He and his wife live in Little Rock, and he speaks to young people in Arkansas through the Drug-Free Youth Program. On January 31, 2017, the Globetrotters retired Ausbie’s jersey, No. 35, in a halftime ceremony at Verizon Arena in North Little Rock, Arkansas. 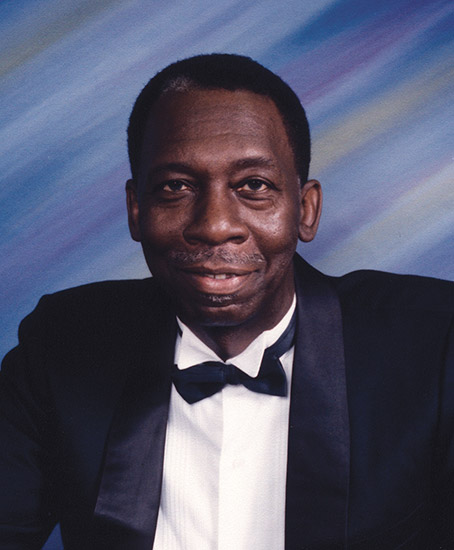