Comedian and Politics | Class of 2007

Sheryl P. Underwood was born in Little Rock, Arkansas, at St. Vincent Infirmary on October 28, 1963, to Cleo Underwood and Joyce Evelyn Underwood. She and her twin sister were premature and placed in an incubator shortly after birth. Her twin died soon afterward. Underwood revealed in 2011 that she carries her twin’s birth certificate with her and considers her twin to be her guardian angel. Underwood has two other siblings: her brother Michael and her older sister Frankie. Frankie, who has developmental delays, requires around-the-clock care, which was provided for years by Underwood and her brother. As an adult, Underwood stated that she pays for her sister’s care. Underwood experienced domestic violence between her parents and spoke about it during her first episode as a member of The Talk, a CBS talk show. Eventually, Underwood moved to Atwater, California, and graduated from high school there.

Little is known about Underwood’s personal or family life. She revealed that she was raped between her college graduation and her military service. She married her husband, Michael, after dating four years. Underwood stated that Michael suffered from clinical depression and died from suicide in 1990 after three years of marriage.

Underwood began her comedy career as the first female finalist in the 1989 Miller Light Comedy Search. She starred in minor roles in I Got the Hook-Up and Beauty Shop and had guest spots in numerous television programs, including Def Comedy Jam, Holla, The Young and the Restless, The Bold and the Beautiful, Fox News’ Fox and Friends, and The View. Underwood joined the CBS morning show The Talk in 2011. Underwood hosted and contributed to several nationally syndicated radio programs such as The Tom Joyner Morning Show, The Steve Harvey Morning Show, Sheryl Underwood and Company, and Jamie Foxx’s The Foxxhole.

Underwood owns and operates Pack Rat Productions, Inc., and Pack Rat Foundation for Education (PRFFE), and she is currently raising money for students pursuing higher education at the 105 historically black colleges and universities. She founded the African American Female Comedian Association and is a member of both the National Association for the Advancement of Colored People (NAACP) and the National Council of Negro Women. She has been featured in Ebony, Essence, People, and other media outlets. She won an Emmy for The Talk. Underwood considers herself to be “a sexually progressive, God-fearing, black Republican,” although she campaigned for Democrat Barack Obama’s 2012 re-election and Democrat Hillary Clinton’s 2016 presidential run.

Underwood is a Diamond Life Member of Zeta Phi Beta Sorority, Inc. She first joined the Zeta Tau Zeta Chapter, became a member of the Alpha Psi Zeta Chapter in Los Angeles, and helped charter the Omicron Rho Zeta Chapter in Inglewood, California, in 1993. Underwood served in several elected roles in the sorority, including as the twenty-third international president (Grand Basileus). Under her guidance, the sorority focused on organizations like the March of Dimes, the American Diabetes Association, and the American Cancer Society.

Underwood also initiated support for survivors of the 2010 Haitian earthquakes and the 2011 tornadoes across the United States. Under her leadership, a health center opened in 2011 for an all-girls’ high school in Ghana, providing health services to more than 2,000 students. Underwood participated in USO tours to Kuwait and Afghanistan, and addressed service members at the Academy of Country Music’s All-Star Salute to the Troops in 2014. 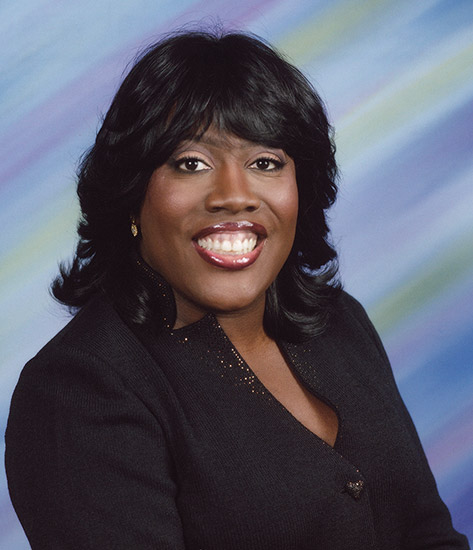