Smokie Norful—a popular pastor in Chicago, Illinois, and a Grammy Award–winning gospel singer—spent most of his developing years in Pine Bluff, Arkansas. He is also one of the most commercially successful gospel recording artists to have emerged from Arkansas.

Born Willie Ray Norful, Jr., in Little Rock on October 31, 1975, to the Reverend W. R. Norful and Teresa Norful, he is the oldest of three boys. Like so many other African-American gospel singers, he found church to be a nurturing environment where his musical skills could be honed. At a 2012 taping of the Trinity Broadcast Network’s flagship program, Praise the Lord, Norful joked before a studio audience about growing up as a “P. K.” (preacher’s kid) and expressed gratitude for his minister father and no-nonsense mother. Norful remarked, “Most of the family sermons came from the other end of her belt.”

Having spent his earliest years in Muskogee and Tulsa, Oklahoma, Norful relocated with his family to Pine Bluff, where he attended junior high and high school. He earned a Bachelor of Arts degree in history at the University of Arkansas at Pine Bluff (UAPB). Then to prepare for his ministerial career, Norful attended Trinity International Seminary in Deerfield, Illinois, and Garrett-Evangelical Theological Seminary in Evanston, Illinois. He earned a Master of Divinity degree. Thereafter, he taught history for several years at the schools of his youth, Jack Robey Junior High School and Pine Bluff High School. He later returned to Illinois to begin a position at Evanston Township High School.

During his time in Arkansas, Norful served as the educational director for the Pine Bluff Housing Authority’s after-school program, historian for the National Park Service, and congressional aide for the Fourth Congressional District. In Pine Bluff, Norful was also ordained a church elder and became a licensed minister in 1997. He served as the minister of music, youth pastor, and associate pastor under his father at Pine Bluff’s St. John African Methodist Episcopal (A.M.E.) Church. He was heavily involved in the ministry by the time he launched his music career.

Norful’s debut album, I Need You Now (2002), received gold certification from the Recording Industry Association of America (RIAA). The title track, enhanced by Norful’s mastery of the piano, became the song for which he is perhaps best known. Another gold record, Nothing without You (2004), garnered the Grammy Award for Contemporary Soul Gospel Album of the Year. Other albums have included: Life Changing (2006); Smokie Norful Live (2009), which features Tony Award winner Heather Headley on “Jesus Is Love”; How I Got Over: Songs That Carried Us (2011), a project on which Norful returned to his traditional gospel roots by recording with the Twelfth District A.M.E. Mass Choir and gospel veterans Melvin Williams, Myron Butler, and Sheri Jones-Moffett, as well as his greatest musical influence, Vanessa Bell Armstrong; and Once in a Lifetime (2012), an album that includes his popular compositions “No One Else,” “Justified,” and “God Is Able.” Norful won his second Grammy in 2015 for “No Greater Love” in the Best Gospel Performance/Song category. Norful has also won multiple Dove Awards from the Gospel Music Association, as well as several Stellar Awards. He has been nominated for an NAACP Image Award, a Soul Train Award, and two BET awards for gospel music.

Norful resides in the Chicago area, where he ministers at Victory Cathedral Worship Center, the church he founded in Bolingbrook, Illinois, and its satellite location on Chicago’s South Side. He also serves on the Board of Regents for Trinity International University. With his wife, Carla, Norful has two sons and an adopted daughter. The couple are entrepreneurs, with business interests in real estate, entertainment, and publishing. 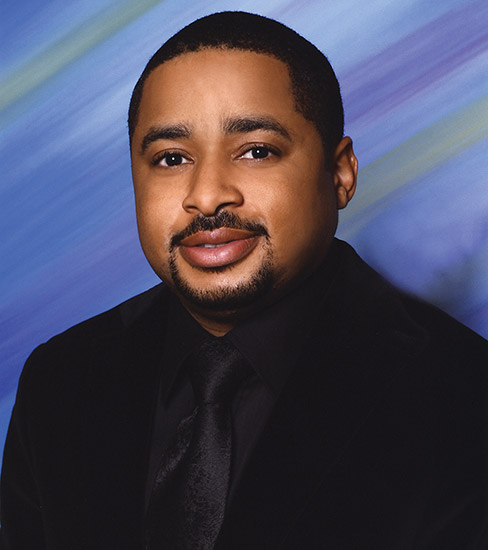