Abraham Carpenter, Sr., and his wife, Katie, along with their children, have long been an important symbol of African-American success in the field of agriculture, especially when many independent black farmers faced monumental difficulties in remaining solvent. They founded Carpenter’s Produce, an agricultural enterprise based in Grady, Arkansas, that supplies produce for both regional farmers’ markets and national grocery chains such as Walmart and Kroger.

In 1969, Katie Carpenter planted a one-acre vegetable garden and began selling her produce locally. At the time, Abraham Carpenter, then almost forty years old, was working at Seagram’s Lumber Mill in nearby Pine Bluff, Arkansas. Using some of his earnings, he purchased thirty additional acres around Grady, which led to a more extensive operation that began employing other family members.

In a part of the state where monoculture crops are common (such as cotton, soybeans, and rice), the Carpenters set themselves apart by focusing on fruits and vegetables, including squash, greens, green beans, sweet potatoes, purple-hull peas, watermelons, and pinkeye peas. This focus on produce allowed the Carpenter family to grow multiple rotations of crops on the same land throughout the year. Eventually, the operation grew to encompass more than 1,000 acres and became one of the largest employers in Grady, with approximately thirty-five members of the extended family working on the farm (along with forty to fifty seasonal workers during peak harvest times). All of the Carpenters’ eight children remained involved in the family business in some capacity. Abraham Carpenter, Jr., became the manager when he joined the business immediately after graduating from high school.

Carpenter’s Produce now includes two retail outlets in Arkansas (in Pine Bluff and Little Rock) and sells produce regularly at farmers’ markets, having been a part of the Little Rock Farmers’ Market since its inception in the 1970s. The Carpenter family was named a Farm Family of the Year in 1988 by the Arkansas Farm Bureau. The family was part of a nationwide lawsuit against the United States Department of Agriculture (USDA) alleging years of discrimination against black farmers as related to lending practices. The suit was settled in 1999, though the Carpenters were among those appealing on the basis of continuing practices of discrimination; the USDA negotiated an additional settlement in 2010.

Abraham Carpenter, Jr., has been an activist in agricultural spheres (notably in the field of water conservation) and has served in a number of organizations, including on the board of directors of the Delta Farmers’ Cooperative and as president of the Arkansas Vegetable Growers Association. After Hurricane Katrina struck the Gulf Coast in 2005, Carpenter’s Produce sent truckloads of produce to the area to feed people in need. Carpenter’s Produce was also part of an initiative spearheaded locally by the Arkansas Land and Farm Development Corporation in 2005–06 to train farmers from minority groups on the USDA’s “Good Agricultural Practices and Good Handling Practices” audit verification program.

Abraham Carpenter, Sr., was inducted into the Arkansas Agriculture Hall of Fame in 2011. 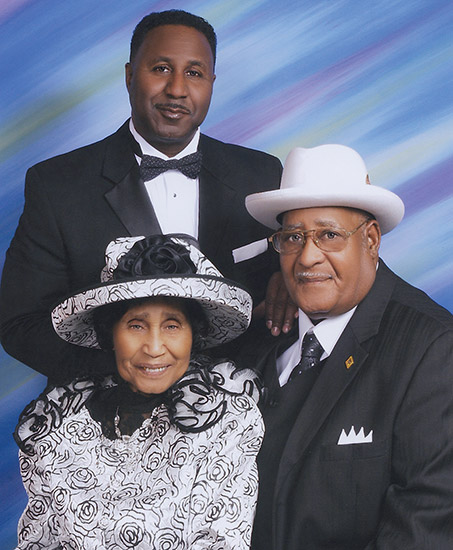