Kathryn Hall-Trujillo is a public health expert and advocate who focuses on healthcare for African-American women. Best known for founding Birthing Project USA, “Mama Katt,” as she has been affectionately called, was named a 2010 hero by the CNN television network for her work with at-risk mothers and babies.

Kathryn Hall was born on July 19, 1948, in Moscow, Arkansas, a small town near Pine Bluff. Her mother’s name was Corrine, and she has said that her grandmother was her mentor. She said of her childhood, “Even though I came from a family that was poor, I came from a very good family; we loved one another and were part of a larger community.”

She had a rough adolescence, however, and dropped out of high school. She found herself in an abusive marriage and sometimes lived at a bus station in Oakland, California, with her two daughters: Tamu and Kenya. She said, “But other women in the community said, ‘Oh, no, we’re not going to have this.’ Those were the women who modeled caring for me.” She eventually received a Bachelor of Arts degree in public health from the University of California, Los Angeles (UCLA) and went on to receive a master’s degree in public health from UCLA in 1976.

She worked as a public health administrator for the State of California from 1976 to 1991. Her experience with underserved women and her concern about their lack of access to quality healthcare led her to establish the Center for Community Health & Well-Being, a health and social service agency. In the course of this work in public health, she realized how costly it was for the state to pay for babies’ healthcare when they were born sick; at the same time, she saw how comparatively cost effective it was to provide care for pregnant women that could improve outcomes for their babies.

With this in mind, in 1988, she founded the nonprofit organization Birthing Project USA: The Underground Railroad for New Life, which has the goal of reducing infant mortality rates by pairing pregnant women (primarily black women) with “sister friends” to guide and support them during pregnancy and after the birth of their child. Between 1988 and 2010, the Birthing Project helped 12,000 babies in ninety-four community chapters in the United States, Canada, Cuba, Central America, and Africa.

In addition to her work with the Birthing Project, she is also an independent consultant for government, community, and private agencies in health administration, project development, and education. She directs a research project in Cuba that looks at the system for child and maternal health. She also works with the Cuban Medical Scholarship Program to train American students in Cuban medical schools to practice medicine in underserved parts of the United States.

She met Arnold M. Trujillo when she first started visiting Cuba; the couple married in 2005. She said of her future, “The Birthing Project feels like my child who’s growing up, and I am ready to be a grandparent. I want to live long enough to see the next generation take it over.” 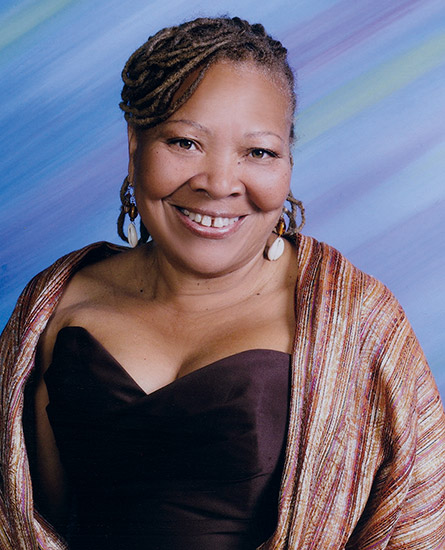