Rickey Jasper is the highest-ranking African American ever to serve in the U.S. Central Intelligence Agency (CIA). He has also had a career as a minister, serving as a pastor at his church in the United States while pursuing seminary studies both at home and abroad.

Rickey Lane Jasper was born in Parkdale, Arkansas, on July 28, 1963. His mother, Louisie Mae Grayson, and her husband, Kirt Grayson, reared him and his siblings in the small town. He graduated from Hamburg High School and headed off to college. Although he had planned to join the military after graduation, the academically inclined Jasper instead decided to join his twin brother, Mickey, in college.

He ultimately earned a Bachelor of Science degree in political science with a minor in accounting from Southern Arkansas University, as well as an MBA in management from Louisiana Tech University and a Master of Science degree in accounting from Strayer University. During his tenure in Singapore, Jasper took graduate-level seminary courses at the Singapore Bible College. In the United States, he began work on a Master of Divinity degree at the John Leland Center for Theological Studies in Washington, D.C.

Jasper contemplated a career as a lawyer, but he found himself intrigued by a flyer touting the opportunities offered by the CIA. Jasper began working for the agency after graduation, beginning in Dallas, Texas, in 1987. In addition to work in the United States, Jasper’s CIA assignments have taken him all over the world, with a posting in Berlin, Germany, where he served just after the Berlin Wall had fallen, as well as serving in Belize and Singapore.
Jasper became the highest-ranking African American in the history of the CIA, serving as the executive secretary to CIA Director Michael Hayden, the final director to serve under President George W. Bush. Jasper held that position at the beginning of Leon Panetta’s tenure under President Barack Obama. Jasper has also served as special assistant for diversity plans and programs in the office of the director of the CIA. Much of his work, given the nature of the agency’s operations and responsibilities, must go unreported.

Jasper and his wife, Sheila D. Jasper, have two sons: Rickey Lane “R. J.” Jasper, II, and Desmond “Tyler” Jasper. A licensed minister, Jasper serves as assistant pastor at First Mount Olive Baptist Church in Leesburg, Virginia. He has primary responsibility for the youth ministry, and he teaches church school and conducts workshops. He is the former pastor of the Protestant Faith Fellowship in Berlin, Germany, and First Mount Olive Baptist Church in Lincoln, Virginia. 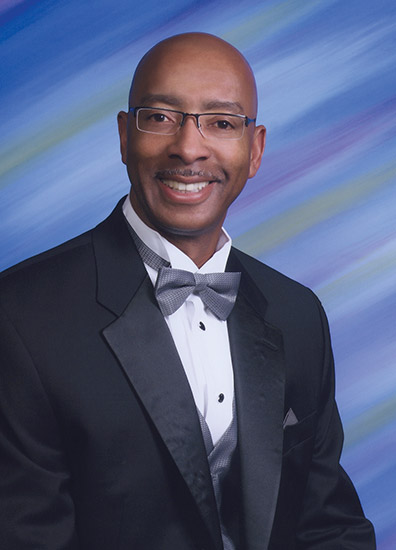