June Carter-Perry is a former educator, diplomat, and U.S. State Department official. Her lengthy and multi-faceted diplomatic career included service as the U.S. ambassador to both Lesotho and Sierra Leone. June Carter was born on November 13, 1943, in Texarkana, Arkansas. Her mother, Louise Pendleton Carter, was a Peace Corps volunteer in Malaysia. June Carter graduated from Loyola University in Chicago, Illinois, in 1965 and earned a bachelor’s degree in history. She earned a master’s degree in European history from the University of Chicago in 1967. She soon married Fredrick M. Perry, who served as an official with both the United States Agency for International Development (USAID) and the Peace Corps. The couple has two children.

Carter-Perry served as director of public affairs for WGMS/RKO Radio Corporation in Washington, D.C., from May 1972 to October 1974. In that position, she had both editorial and programming responsibilities while she was also involved with development and event planning. While at RKO, she started the WGMS-FM Art Auction, a project that utilized prominent Washingtonians for fundraising. She also raised money for the Kennedy Center by broadcasting the National Symphony Orchestra. In October 1974, she became special assistant in the Community Services Administration, a national anti-poverty agency. That experience was followed by her appointment, in September 1976, as public affairs director of ACTION. In that post, one she held until 1982, Perry oversaw public relations for both the Peace Corps and its domestic counterpart, VISTA.

Carter-Perry began her career as a State Department Foreign Service officer in 1983. Over the course of over twenty-five years in the State Department, she worked at U.S. embassies in Lusaka, Zambia; Harare, Zimbabwe; and Paris, France. Early in her career, Carter-Perry served as deputy chief of mission in both Madagascar and the Central African Republic. She also served as a senior advisor to the Africa Bureau’s assistant secretary. In addition, she served as director of the State Department’s Office of Social and Humanitarian Affairs, where she was responsible for U.S. policy related to the United Nations Commissions dealing with issues relating to women and human rights. She also served as deputy director for public policy and planning in the Political and Military Affairs Bureau, and assistant to the deputy secretary of state. Carter-Perry also did a stint in the State Department’s Africa Bureau.

Appointed ambassador to Lesotho in 2004, she was the American chief of that mission from 2004 to 2007. While in Lesotho, she initiated the first Lesotho–U.S. trade mission in 2005. Carter-Perry’s work in Lesotho earned her an appointment as ambassador to Sierra Leone, and she served as head of that mission until 2009. During her years as head of the Sierra Leone mission, she oversaw the successful return of the Peace Corps to the country while also helping to start a U.S. government program that provided a $13 million grant for agriculture and infrastructure development. This initiative represented a major advance for the nation’s economy and offered major support for the country’s developing private efforts. Carter-Perry’s distinguished efforts in the State Department were recognized with a number of accolades, including the Diplomat-in-Residence of the Year Award and the Superior and Meritorious Honor Awards. 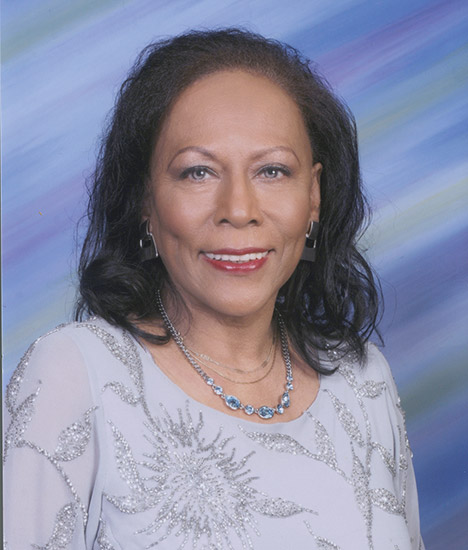